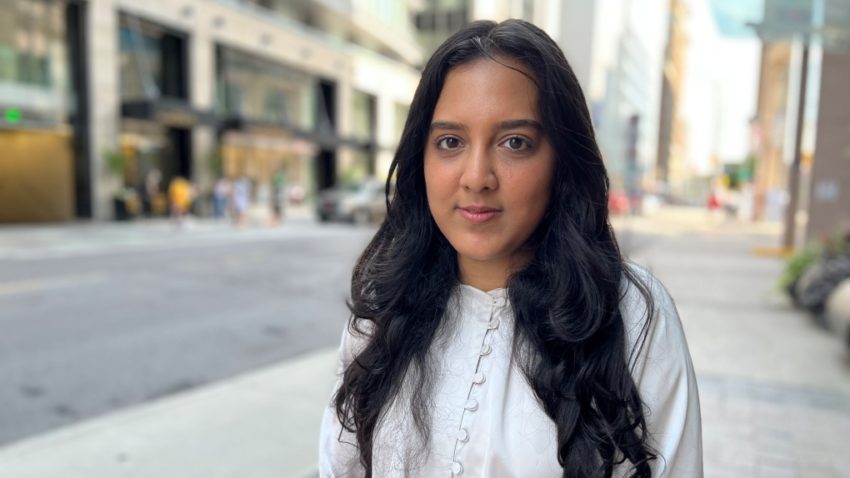 Warning: Readers may find some of the details of this story disturbing.

Fatima Syed estimates that she received about 150 hate messages in her six years in journalism. Vile messages arrive in her inbox or come in response to her social media posts.

In emails she showed to CTV News, Syed is referred to as a variant of the N-word and referred to as a “Nazi jerk”. She was threatened with rape and told to be brought to her knees and “shot in Afghan style”.

Syed, a climate reporter for online publication The Narwhal, says hate mail often follows her reporting on ethnic and immigrant communities. But the posts rarely address the issues raised in the articles she writes.

Syed’s experience is part of a disturbing trend of attacks on media workers that the president of the Canadian Association of Journalists (CAJ) says has reached “apogee.”

The CAJ reports that online insults and hate against reporters increased during the freedom convoy in Ottawa. Now that the protests have faded, the CAJ says the attacks have evolved into what appears to be a coordinated online campaign against women journalists, especially women of color.

Syed, who is also a board member of the CAJ, says the criminals are using encrypted email, adding that the messages are getting more and more threatening.

“I am horrified that someone sent an email to six of my female co-workers saying that their faces are turned to the wall and that they will come for them in some capacity.”

“This worrying trend poses a threat not only to the safety of those involved, but also to the independence of the media, which are the backbone of our democracy,” he said.

Mendicino said he met with CAJ officials to discuss what support the federal government could offer. The minister also said he plans to meet with the Toronto Police and Ottawa Police to discuss their response to journalists’ concerns.

“It is becoming increasingly clear that online violence against journalists, especially women, is of concern to the media and the rest of society. The personal toll that such threats and hatred bring is enormous and could cause irreparable damage to one of our core democratic institutions,” he added.

“This is an orchestrated campaign to silence journalists and undermine press freedom in Canada,” said CAJ President Brent Jolly.

According to the association, women make up more than 52 percent of the country’s media workers, while visible minorities make up about 25 percent of newsroom staff.

Over the past few days, dozens of female reporters who write for online publications and work for broadcasters have reported racist and misogynistic messages. Most of the messages come from anonymous accounts, but some, including Jeremy Mackenzie, the de facto leader of the far-right separatist movement Diagalon, openly post their rants against female reporters on YouTube and the messaging app Telegram.

Some journalists fight back by posting racist and sexist messages on Twitter to gain public attention. Others have reported the abuse to the police only to have their complaints abate or have been told by investigators that it is unlikely that perpetrators will be found.

Jolly says the police should start doing their job. “We see the relative impunity with which these people can spew out this hateful rhetoric. There has been no active effort to enforce any laws,” he said.

In an open letter addressed to the federal ministers of Justice, Public Safety, Heritage, Women and Gender, as well as the RCMP Commissioner and the Attorney General of Ontario, the association calls for concerted action to protect journalists. The CAJ wants a streamlined hate reporting process that recognizes patterns of abuse and that whistleblowers receive regular updates on investigations.

Part of the problem may be due to lack of data. Toronto Police say there were 257 hate incidents in 2021, up 22% from the previous year. The Ottawa police report that in the first six months of this year, the number of reported incidents of hate increased by 6%.

Of the 164 cases registered by the OPS between January 1 and June 30, 129 incidents were recognized as criminal. Statistics divide complaints by nationality and religion, but not by gender or profession.

Steph Wexler, editor-in-chief of J-Source, an online publication about the journalism industry in Canada, says the muted police response to reporters’ complaints can be explained by an “incomplete picture” of the dangers journalists face.

Wexler is in the process of creating an open data source that allows journalists to enter the type of threats they receive, as well as track their race, gender and job status. In addition to analyzing police response, Wexler also hopes the data will show which reporters are being attacked, whether they are full-time employees or freelancers, and what employers can do to improve security measures.

“What is the impact on women, in particular racist women, and what is being done or not being done to ensure the safety of all? Solutions to the problem, which was exacerbated, in particular with regard to white supremacy and online radicalization, as well as its deep roots in this country, came very slowly,” Wexler said.

WHEN HATE ON THE INTERNET CONQUERS

Journalists fear that online threats will escalate into physical violence. It happened before.

In 2018, five employees of The Capital Gazette in Maryland were killed in a mass shooting at the newspaper’s offices. ABC News reported that the perpetrator, Jarrod Ramos, began threatening journalists at The Capital after the newspaper reported on the Ramos-related harassment allegation.

Former Environment Secretary Kathryn McKenna says Canadians should not believe that what is happening in the United States cannot happen here.

“There used to be a tendency to think that the US is different from us, but we see the same thing here. This is troubling and Canadians should not be naive. I say this as someone who has been on the receiving end.”

McKenna says she has received thousands of hate-filled sexist messages in her six years in Parliament. In 2019, the online misogyny McKenna faced spilled over into real life. The word “C” was spray-painted on the window of her campaign headquarters in downtown Ottawa. She says the police investigated the incident as a case of gender-based hate, but no one was ever arrested. In fact, McKenna says, despite filing dozens of complaints with the police, not a single investigation resulted in a charge.

McKenna says the hostility towards journalists online is worse than she has experienced. She says a concerted effort by law enforcement, politicians and social media is needed to root out disgusting behavior. She says police should investigate these threats and social media should remove those who support hate and their offensive posts.

Many reporters who have been subjected to rampant online criticism are covering Canadian politics.

McKenna, an experienced lawyer, says the focus should not be on drafting new laws, which takes too much time. When it comes to security, McKenna says immediate results are needed and urges politicians to sign a code of conduct.

“It would also be unacceptable if some politicians go on to personal attacks on other parliamentarians and journalists because they annoy their base and people think it’s okay to shoot at a target online. We’ve seen many cases in both Canada and the US where it went offline.”

As for Syed, the online hate made her change her behavior. She doesn’t comment on social media as much as she used to and keeps a close eye on what she says online and off. She got frightened and went home with “eyes in the back of her head” but doesn’t let her fear silence her.

“I always discard this feeling, because journalism is more important. The influence of journalism, the accountability and the public service it provides are very important to me.”

Syed remains determined to cover marginalized ethnic communities – she now relies on politicians and the police to keep her safe in the important role she plays in a democracy.