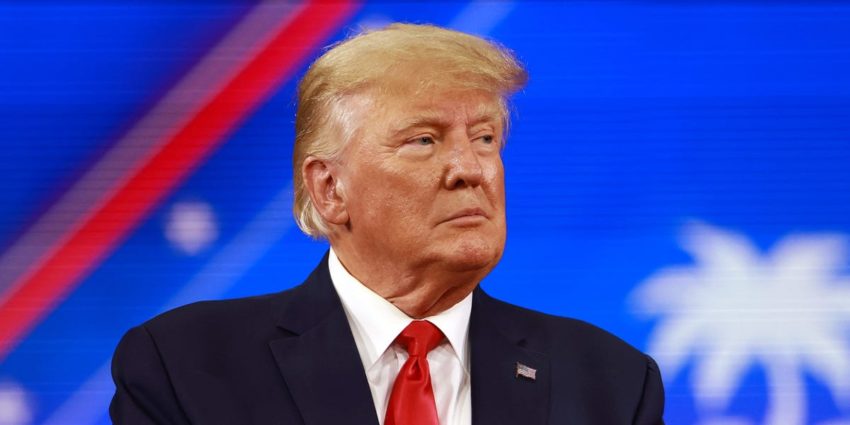 Fox & Friends host Steve Doucey became the latest media ally of former President Donald Trump, who called him in for an FBI raid on Mar-a-Lago.

During Wednesday edition of the show, Doucey asked South Dakota Gov. Kristi Noem, another Trump ally, how she felt about the Mar-a-Lago raid, but not before wondering aloud why Trump didn’t hand over the papers to the government and instead took them home to Florida.

“Well, in the end it all comes down to why does he need all these secret things in Mar-a-Lago?” Dusi asked.

He cited Trump’s announcement of declassifying the files through a standing order and pointed out that this defense does not hold water because the proposed move was also “news to the agencies that own the documents.”

“Apparently he had three secret documents in his desk,” Dusi said, referring to the Justice Department’s lawsuit about the raid.

Doucy also cited a photo released by the Justice Department of top-secret documents found in Mar-a-Lago.

“It shows five yellow folders marked ‘Top Secret’ and another labeled ‘SCI Confidential’, which stands for ‘Confidential Scattered Information’,” Dusi said. “These are the biggest secrets in the world.”

Noem tried to defend Trump by calling for more transparency in the Justice Department’s investigation. However, Dusi sidestepped her argument and stated, “I don’t think any president has ever taken so many documents to his house after he left the presidency.”

Doucey is just one of many members of Rupert Murdoch’s media empire who appear to have changed their stance on support for Trump in recent weeks. Earlier this month, Fox News host Eric Schon asked during a live broadcast aloud if Trump could have tried to “sell or share” classified information with Russia or Saudi Arabia.

In July, Trump also voiced his displeasure with Fox & Friends talk show, which he has been known to call almost weekly during his presidency. In a Truth Social post, he called the talk show “terrible” and said it “went to the dark side” after Doucy questioned his poll results.

These rumors from Fox News hosts could signal a change in the Murdoch empire’s attitude towards Trump. For example, this week the former president got angry at the New York Post, owned by Murdoch, for publishing an article titled “Republicans are lucky to have Mitch McConnell: Trump’s claims are more than ridiculous.”

The Post also condemned Trump in an editorial in July, calling him “unworthy to be the chief executive of this country again.” In addition, the Wall Street Journal, another publication owned by Murdoch, called Trump “the president who stopped on January 6” while praising former Vice President Mike Pence.

Meanwhile, the FBI is investigating whether Trump violated three federal laws, including the Espionage Act, by keeping classified documents in Mar-a-Lago. The agency seized 11 sets of classified documents, some of which were marked “top secret” and related to nuclear weapons, according to The Washington Post, while executing a search warrant on Aug. 8.