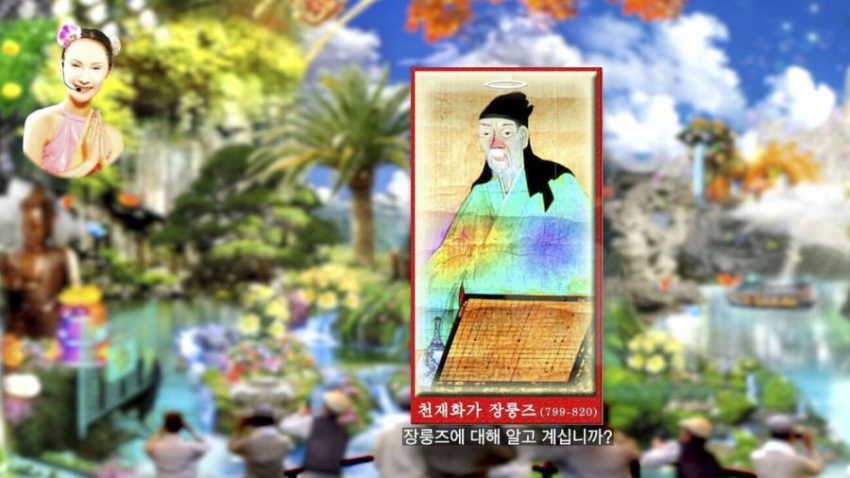 What is the state of the art, especially after the uneven disruption of protracted lockdowns and border restrictions in Asia today? In contrast to the parade of international blue-chip galleries presented at the first edition of Frieze Seoul, Focus Asia offers 10 individual presentations of Asian galleries (aged 12 and under) and the opportunity to answer such questions.

I’m curious what Focus Asia, curated by Christopher Liu of Los Angeles-based non-profit Horizon and Haejung Jang of Seoul-based Doosan Gallery, has to say about something as confusing as “Asia.” (Curator David Xu Borgonjon once joked, “You can only be Asian outside of Asia.”) But Liu and Jung are not interested in framing Asia with any particular trend. Their goal “was to showcase the wide range of artistic practices that exist on the continent and have been created by artists from the diaspora,” Liu says. “We want to showcase what geographic coverage can mean – from Iran to Indonesia – as well as generations, media and artistic strategies.”

Several works of art enter the uncanny valley between simulation and reality. P21 Seoul dedicates its booth to Sungsil Ryu — born in 1993, the youngest artist in the section — whose vibrant films celebrate the excesses of Korean consumerism. The artist often wears a number of nasty alter egos, such as a squeaky YouTube blogger who spreads conspiracy theories about North Korea. In the featured video installation “BigKing Travel Ching-Chen Tour – The Rebirth of Mr. Kim,” Ryu plays a guide (or a rogue, depending on your point of view) who takes you through an amethyst-encrusted cave, a water retreat, and a golden palace.

Beijing-based artist Tao Hui, represented by Hong Kong’s Kiang Malingue, is concerned about how screen culture has colonized our memories. His 2016 film Joint images involved a troupe of actors re-enacting scenes from Chinese TV shows (with original acting behind them). Shown in Seoul be wild also dramatizes a strange bleeding of temporality: a woman roller-skating down a series of empty streets (presumably in some sort of locked-down city) in scenes that seem to evoke Chinese soap opera motifs while humming Taiwanese folk song hits from the 1980s.

Another noticeable through line is the emphasis on the qualities of light and dark. Through the Dastan Gallery in Tehran, Iranian artist Ali Beheshti will showcase a series of gnomic drawings created from thin lines of ink and stripes of powdered graphite that recall the details of architectural research. Beheshti works within the line of classical ink painting – calligraphy and miniature painting, says Dastan founder Hormoz Hematyan. But there is a demeaning immediacy in the artist’s spartan palette and his alternating rhythms of surgical and crude marking.

Featured in Mumbai’s Jhaveri Contemporary magazine, Rana Begum is just as captivating with opacity and color. artist show spotted light, on display at the London estate of Pitzjanger, the show’s fine jewel box, treats shimmering sunlight spilling through the stained glass windows of a stately home as a material in its own right, within which Begum hangs a string of seemingly weightless clouds crafted from pastel-colored metal. grid. I have concerns about how Begum’s glowing work can survive under the cold light of an art fair. But the art on display in Seoul will be more relaxed: watercolors on a grid and wall sculptures made up of mirrored tiles that reflect viewers’ gazes. “We hope we can create a moment of silence and contemplation at the fair with minimal presentation,” says Begum gallerist Amrita Javeri.

Featuring husband and wife duo Bagus Pandega and Kei Imazu, the Jakarta ROH presentation reveals the art world’s current penchant for collaboration and environmental thinking. Their new series of papers is based on research on Lusi Island off the coast of East Java, a piece of land formed by a mud volcano eruption. Imazu’s paintings trace the local topography: the movement of mud layered on other soils and minerals. Pandega’s contribution is unusual: using dirt as a semiconductor, he will turn the material into a video synthesizer.

I don’t envy the challenge of shrinking a region that is home to 60 percent of the world’s population to 10 booths at an art fair. But I’m still struggling to explain what this collection of artists is really telling us. It’s perhaps important to remember that the art fair’s strategy of appointing a powerful curator to add a bit of selectivity to the process is also a distraction tactic that seems to elevate the case from a purely commercial enterprise.

Yet it seems like a missed opportunity to even look at important shifts in how art is created and consumed on the continent. While the galleries may be relatively young, most of the selected artists were born before 1990 and it is not clear what future generations of artists across the region may be doing. Moreover, cultural tastes across the region are changing under the influence of Covid; a Beijing gallery owner recently told me that after the recent isolationism, mainland Chinese audiences are “less and less interested in what’s going on in the west.”

You won’t notice these kinks in most of the art on display, whether it’s the wood carvings of Marilyn Monroe and Elvis Osamu Mori (shown by Parcel Tokyo Gallery), the ceramic casts of trash cans and newspapers by Kimiyo Mishima (Sokyo Tokyo Gallery), or the bold abstractions by artist Hejuma Ba ( Seoul whistle). Indeed, the impact of all these variations on the familiar rather encourages us to think that there have been no failures at all in recent years.

However, the star of the section may well be the 81-year-old artist from Hastings on the south coast of England. Letitia Yap, born in 1941 near London to a Chinese father and an Austrian mother, is shown by Tabula Rasa, which began in Beijing’s 798 Art District in 2015 and opened another space in east London last year.

Since she first began sketching on the beach using only a pencil and a brown envelope, Yap has spent decades documenting Britain’s seaside towns: the intense stares of fishermen hard at work, or a boy silently drawing figures in the sand, the flatness of the water beyond, drawn on a tree and a cord obtained from the debris of a coastal landscape. “We’re trying to bring together art that can’t just be categorized geographically,” says Tabula Rasa founder Sammy Liu. The paintings of the Yap house are a corrective reminder that the idea of ​​Asia should not be limited to territory.