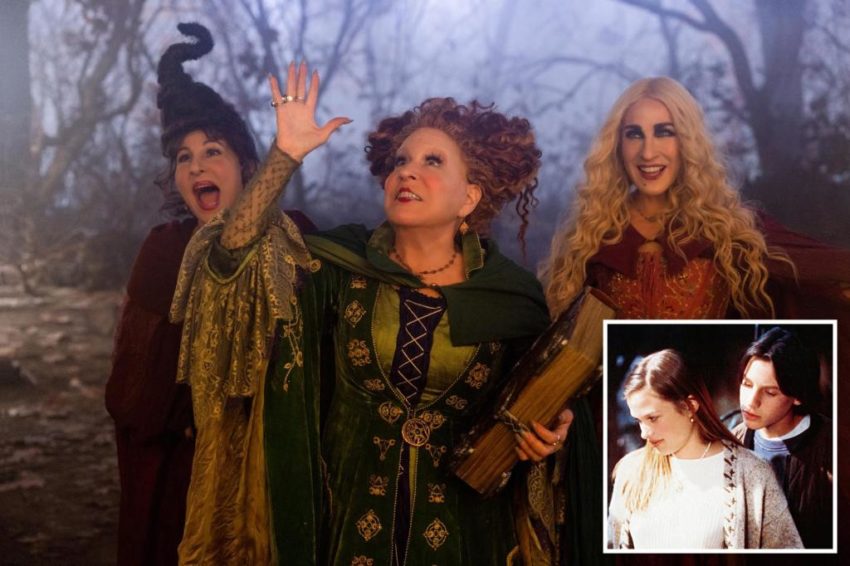 Nearly 30 years later, the Sanderson sisters return to scare the city of Salem.

While the witch sisters Winifred, Sarah and Mary, played by Bette Midler, Sarah Jessica Parker and Kathy Najimy, have long been confirmed for a sequel, some of the stars from the original 1993 film won’t be returning.

Hocus Pocus 2 director Anne Fletcher recently told Entertainment Weekly that Vinessa Shaw and Omri Katz, who played teenagers Allison and Max, will not be reprising their roles in the new film.

Thora Burch, who played 8-year-old Dani in the original comedy, won’t be returning either.

Aside from the witches, Pan’s Labyrinth star Doug Jones is the only actor to return from the first film, playing the role of Billy Butcherson, Winifred’s ex-boyfriend.

Fletcher explained that some of the original cast members would not return because it was “difficult” for the producers to include them.

“We wanted to weave in all the people that the fans loved, and when you sat back with all the ingredients and the story, did you think how should we do it?” she said. “It was very difficult to try to get them involved in it because we really talked about it – painstakingly.”

The director said she was considering making cameo appearances, but noted that she thought the old stars would be a distraction from the new storyline.

“You try to keep up with the story, even if they appeared as cameos,” she said. “People were saying, ‘They could be in the background!’ and I am, right? Are you going to push the main roles of the first film into the background and be satisfied? You will not be satisfied, you will be angry.”

Fletcher also told the media that part of Hocus Pocus 2 would be set in 1600s New England. The opening sequence, in particular, will show flashbacks to how the Sanderson sisters came to be and provide a historical backdrop to the siblings wreaking havoc.

Fletcher added that there would be “some wonderful surprises in the mythology” of the trio, and teased that “they’re not witches at the start.”

The Sandersons’ origin story parallels the lives of modern teenagers (Peak, Escobedo and Buckingham) who this time reanimate the sisters in Salem.