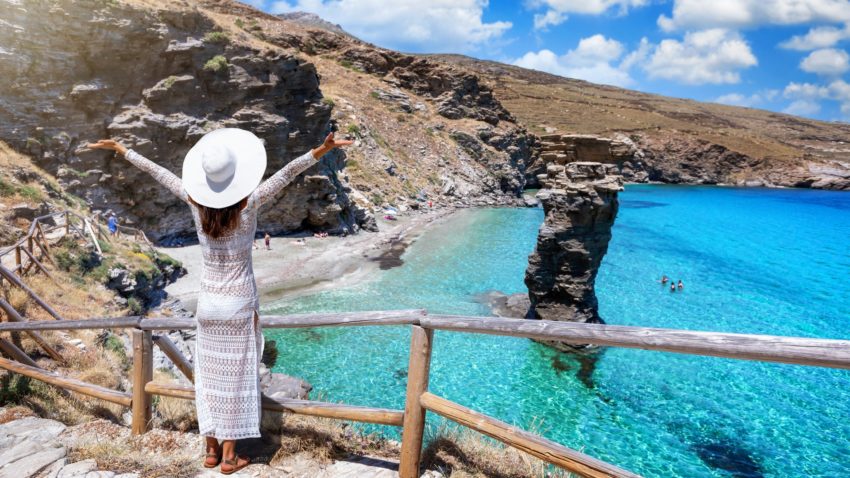 “THIS,” Nicolas Moustakas smiles as we sit in a sunny tavern on the Aegean Sea and dine on fried octopus, anchovies, cheese, tomatoes and hummus, “is our secret paradise.”

So it was, Nikolai. But perhaps not for long.

Because I’m going to let the cat out of the bag and tell Sun readers about it.

For many years, Andros has indeed been a Greek island forgotten by tourists.

Despite being the second largest of the Cyclades and the closest to Athens, few people knew about it outside of Greece.

Vacationers boarded a ferry in the mainland port of Rafina and sailed right past it to the island of Mykonos. 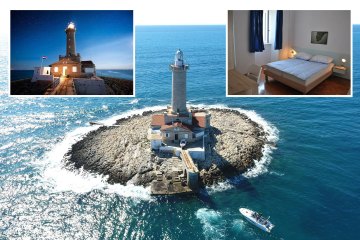 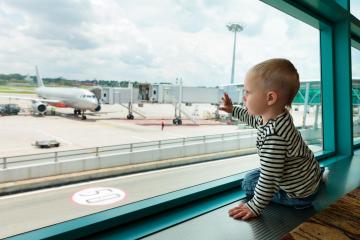 This suited the wealthy locals, many of whom made their fortunes in shipping and got along just fine without tourism—they could have pristine beaches and stunning mountains at their disposal.

However, now Nicholas, Andros’ cheerful deputy mayor for tourism, and his neighbors are beginning to welcome visitors to their “secret paradise”.

But with a caveat – no high-rise hotels, noisy discos or hordes of drinking youth that disturb their peace.

“No matter how many tourists we have,” Nicholas says as I order a second Alpha beer and gentle bouzouki music plays, “Andros will always remain authentic.

“Other islands have turned into commercial party islands. For single young people in their twenties who want to party all day and night, Andros is not recommended.

“Instead, it’s a place for families and couples, a getaway destination with great beaches, countryside and food.”

Some of the 80 beaches are easily accessible, with bars and sun loungers, while others are so remote and unspoiled that you’ll have to climb steep, rocky mountain paths to get to them.

One strip of sand at Pidim, in the southeast of the island, is a towering rock rising out of the water and is called the “Old Lady’s Leap”.

According to legend, an elderly woman betrayed the defenders of the local castle by opening the door to the invading Ottoman army, who massacred everyone inside.

Overcome with remorse, she threw herself off a cliff to drown in the sea.

But it is the mountains, almost 3,000 feet high, with fresh springs and spectacular waterfalls, that give Andros its character.

There are over 100 miles of hiking trails that will take you through small forests and canyons, over arched bridges and past beautiful watermills and windmills.

We spent the first three nights at the rather remote but very cozy 3H Armonia Resort, high up in the mountains.

It is surrounded by trees and flowers and dotted with potted geraniums, and from our balcony we had a view of the sea and orange-roofed cube houses in the small island capital of Chore, five miles away.

The radiant hostess Anna couldn’t help but greet us and enthusiastically served delicious breakfasts with her own delicious cheese pie and unbeatable pastries.

Later, before we left, she gave us jars of her homemade “sweet spoon” made from traditional Greek fruit preserves.

She happily organizes hiking and walking tours, horseback riding, or visits to the island’s half-dozen monasteries, most of which date back to Byzantine times.

Many of them are said to hold the remains of long-dead saints, such as Saint Panteleimon, who was brutally martyred after performing miracles in the 4th century.

When we visited his monastery, peacocks were roaming the grounds, but we were surprised to see two large cannons outside the doors next to paintings of ferocious-looking monks firing rifles.

Our guide Fotis explained that in the Middle Ages they were used to fight pirates.

A few miles away, we used steps to cross a stream and had a picnic at Pitara Falls in a ravine that the locals call Fairyland.

We then strolled past the village of Stenis, nicknamed the Beverly Hills of Andros because so many millionaires live there, before reaching Chora with its whitewashed cafes and restaurants.

On a rocky ledge, connected to the mainland by a small stone bridge, are the remains of a 13th-century Venetian castle, and next to the small Endochora restaurant we had a juicy steak.

The next day we moved to a simple but comfortable hotel Karanasos, just a few meters from the beach in Batsi on the opposite side of the island.

By Andros standards, Batsi is a lively resort with a handful of small shops, bars and restaurants along the waterfront – try dining at Oti Kalo and Stamatis taverns.

But unlike Mykonos and other party islands in Greece, well before midnight, there is hardly a soul to be seen here.

One of them is the Zairis patisserie, which bakes sensational cakes and pastries, as well as local almond sweets called Amigdalota.

Another Sea Satin Nino restaurant in the remote coastal village of Korti where I ate one of the best meals I had this year.

The sardines stuffed with caramelized onions were divine.

Worth returning to Andros just to eat there again.

TO GET THERE: There is no airport on Andros. So fly to Athens or Mykonos, from where it’s a two-hour ferry ride to the island.

STAY THERE: Rooms at 3H Armonia start at £92 per night.