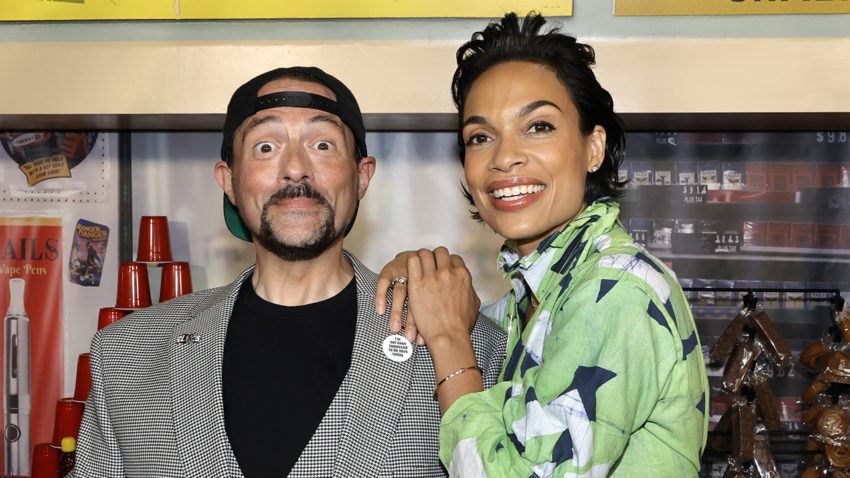 Clerks director Kevin Smith has revealed the secret of how he convinces Hollywood’s biggest celebrities to star in his films.

“I have known people for many years. I’ve been in the business for…almost 30 years,” Smith told Fox News Digital at the Clerks III premiere.

“After a heart attack… people just say, ‘Oh yeah, I’ll do it,’ because they feel guilty if they don’t,” the director joked.

Ben Affleck, Matt Damon and Rosario Dawson will appear in the comedy, which will be released next month.

Clerks III is the third installment in Smith’s classic comedy.

Smith directed the first Clerks movie in 1994 and is thrilled to be able to bring the story back to the big screen almost 30 years later.

The director explained what inspired him to create Clerks III.

“There was a moment in the second episode where Randall shows you his heart…he is always cynical. Finally, you see that he is… such an optimist inside, and I like this rhythm.”

He went on to say that he would like to explore the entire film with an “upbeat Randall”.

Smith said that since the first black-and-white film hit theaters nearly three decades ago, “it doesn’t feel like all that time has passed.”

“It felt like yesterday… I was getting most of these actors together at a little store in New Jersey to rehearse late at night,” Smith told Fox News Digital.

“We didn’t have to do more than one take because we couldn’t afford it… this time we had the luxury of doing multiple takes… more and more experienced.”

In 2001, Smith also directed the satirical comedy Jay and Silent Bob Strike Back in which Jason Mewes co-starred as Jay along with the director.

Mewes has exclusively told Fox News Digital that he “loves” being in Smith’s films.

“Whether it’s another Jay and Bob, Supermarket Rats or Clerks, it’s just nice to be working with Kevin again and seeing Brian and Jeff… It’s so much fun… I’m excited. It’s surreal. would you think?”

Stephanie Jiang-Pawnon is an entertainment writer for Fox News Digital. Story tips can be sent to [email protected] and tweet @SGiangPaunon.