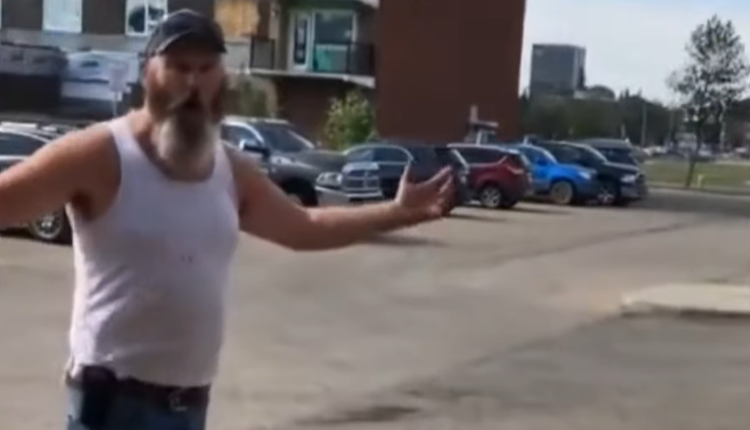 “Canada is an evil country and we need to take a breath.” — Brian Lilly, Toronto Sun

He has this right. Many Canadians, both left and right, reached a boiling point, and politicians of all stripes were quick to take advantage.

Sorry, it’s not just conservative extremists. It also comes from the far left who are promoting revolutionary tactics between the so-called rich and the poor. It also comes from a liberal prime minister who is quick to point out and exploit any perceived indiscretion or wrongdoing on the part of others, but ignores the anger, causticity, racism and yes, corruption in his own government.

The result is a hyperpolarization of this country that I have never seen before. There is no average. There is nowhere to meet. Those who advocate a calmer, less militant, and less divisive form of government based on cooperation and, to the extent possible, based on consensus, are now whistling to the wind.

The type of antagonism that we see today is not only unproductive, but also dangerous and, unfortunately, ignores history and its consequences.

There have been a number of significant incidents over the last week or so that highlight the level of disrespect, anger and polarization in Canada right now.

The latest, of course, was the verbal abuse and physical intimidation of Deputy Prime Minister Christia Freeland in Calgary by a man nearly twice her size. Although only briefly mentioned in the media, his actions and words were supported by his wife.

While I am surprised by the apparent total lack of security around Canada’s second most important government official, there is simply no justification for her treatment or the potential danger she and her staff faced. Many Canadians of all political stripes were shocked, but apparently not all.

I have not seen any comments from NDP leader Jagmeet Singh, although he too was the victim of similar treatment.

Let’s also look at the reaction of the candidates for the leadership of the Conservative Party of Canada.

From Jean Charest: “This is gross intimidation. People get angry. I understand. But this is dangerous behavior. It cannot be normalized. Every political leader should speak up and condemn this.”

From Scott Aitchison: “The attempt to threaten and intimidate Freeland and her staff was abhorrent. It’s a form of violence and it’s wrong. We should be able to disagree with each other without resorting to violence.”

From Roman Barber: At the time of this writing, I haven’t found anything.

From Leslyn Lewis: I couldn’t find a word about the attack on Christia Freeland, but earlier this week there was a provocative, divisive, completely misguided and unscrupulous comparison of the Nuremberg Code, which describes the Nazis’ dark history of forced medical experimentation. , with the Canadian COVID-19 vaccination protocol. Scott Aitchison was the only leader candidate who had the guts to tell her this.

From Pierre Poilivere: Not a sound, not a whisper about the Deputy Prime Minister. Also, no comment on a photo taken of a person identified by a federal terrorism threat assessment organization in Canada as a key anti-government, ideologically motivated violent extremist. Poilièvre could have easily dissociated himself, but chose not to.

What really worries me is that the three candidates who most identify with the far right in the race for the leadership of the Conservative Party, including one of those likely to win this race, will not oppose behavior that is inappropriate, likely illegal and potentially dangerous. Not to name it, in my opinion, is an invitation to encourage and a bid for their vote.

Doug Ford, Prime Minister of Ontario, summed it up nicely when he said, “My friend, Vice Premier and Treasury Secretary Christia Freeland, doesn’t deserve this. No one in the public service does this. This needs to be stopped. Canada is better than that.”

Speaking of Prime Minister Ford, the culture of anger and division that pervades our public discourse does not come from the right alone, as some would like to believe. Here is a recent quote on Twitter about a woman prime minister who is clearly not a conservative: “Doug Ford is a danger to all Ontarians. He commits murder. He is a sadistic, narcissistic, sociopathic monster who intentionally kills people.”

Wow! What worries me the most about this is that I know that there are people in the other world who will be outraged by the inexcusable persecution of Christia Freeland, but also will not condemn what are clearly hate speech because they are directed at Doug Ford. . And yes, the opposite is also true: there are people who would shrug their shoulders at the treatment of Christia Freeland, but go crazy over an attack on a Tory.

And that, ladies and gentlemen, is the crux of the problem. We in Canada have become so polarized that we look at things from the same point of view. On both sides of this vast chasm, what is unfair and unacceptable to some is fair game to others. It is a principle that cannot exist without catastrophic consequences.

So I end with another quote, this time from Michelle Rempel Garner, yes, I know, another conservative quoted in this article, but I would like to note that most of them are in defense of a person from a different political party. Here is what she said: “It is more important than ever for political leaders – both left and right – to resist the temptation to capitalize on political polarization. In practical terms, this means abandoning platform concerns and instead normalizing listening and reaching consensus.

To that, all I can say is AMEN. Otherwise, we will inexorably tear this country apart.

Hugh McKenzie has served in elected office as a Trustee of the Muskokae Board of Education, Huntsville Councilman, District Councilman, and Mayor of Huntsville. He was also Chairman of Muskoka County and Chief of Staff to former Ontario Premier Frank Miller.

In business, Hugh McKenzie has a background in radio and newspapers. He was also a founding partner and CEO of Enterprise Canada, a national public relations and strategic communications firm founded in 1986.

Hugh is currently the President of C3 Digital Media Inc., the parent company of Doppler Online, and enjoys writing commentary for Huntsville Doppler.

Subscribe here to receive our digest by email with links to our most recent stories.
Local news in your inbox three times a week!