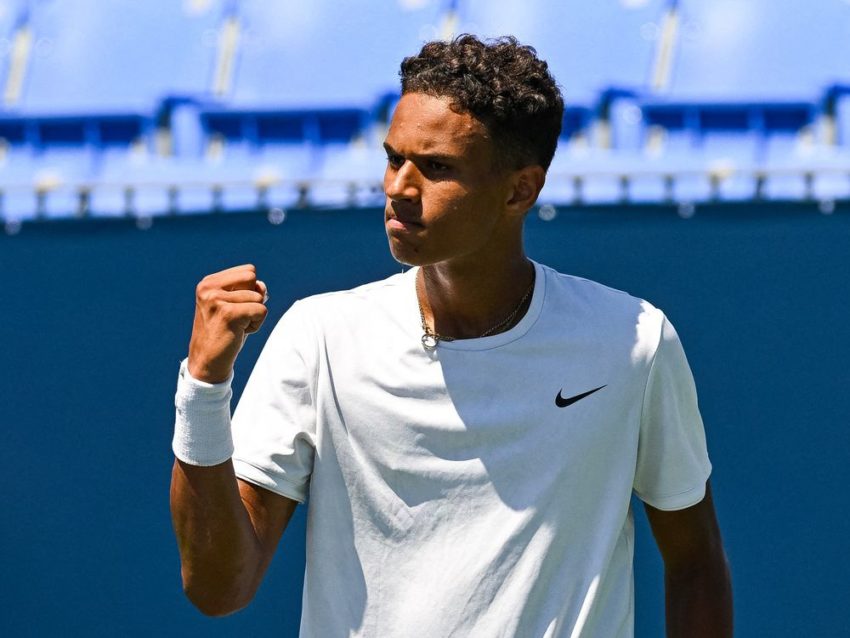 Gabriel Diallo missed his first week of classes at the University of Kentucky, but he has a good reason to be absent.

The 20-year-old from Montreal ended his dream week of tennis on Sunday when he defeated sixth seed Juncheng Shang of China 7-5, 7-6(5) to win the $50,000 ATP Granby Challenger.

“It was something new for me because I won my first Challenger match last week (in Vancouver),” Diallo said. “I played for free and went to have fun. It reminded me of what it was like to play as a kid.”

Diallo played three tiebreaks in his five matches and said he was lucky to win all of them.

“It could end at any moment,” he said. “I ran into match point in the second round, but I managed to come back and win.”

Diallo trained at the National Training Center in Montreal and with Félix Auger-Aliassime’s father, Sam, in Quebec before heading south on a tennis scholarship. This year, he reached the quarterfinals of the NCAA championship and received All-American recognition.

This month, he won the qualifying round of the National Bank Open to start his climb in the rankings. He started the month at 665th, and his win on Sunday propelled him to 343rd. The jump in rankings will allow him to qualify for the Challenger tournaments when he can fit them into his school commitments.

“My coaches are pretty good at giving me the opportunity to compete in tournaments, but I might have to adjust my courses,” said Diallo, who is studying finance. He is enrolled in six courses in the fall semester and three in the spring.

The winner’s purse for the men’s tournament was $7,500, but Diallo could not accept it because it would jeopardize his college eligibility.