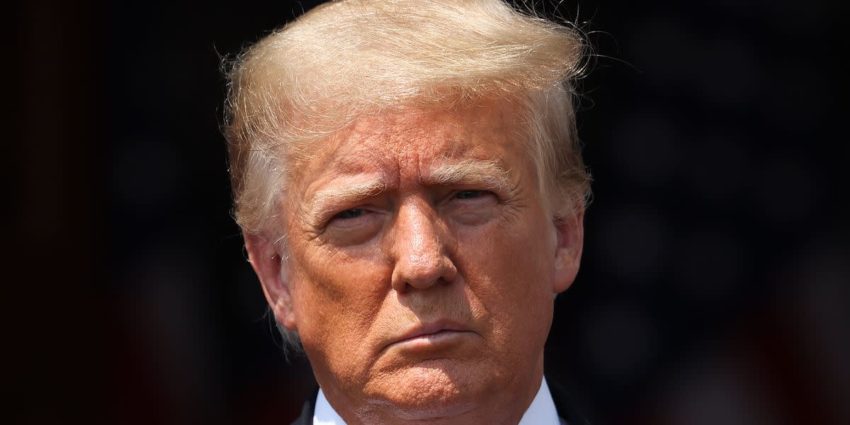 Sources told The Washington Post that the National Archives and Records Administration has become another target of threats following attacks by former President Donald Trump after the FBI seized government documents from his Mar-a-Lago residence.

After Trump unleashed a torrent of swearing at what many consider to be a library and apolitical agency, police stepped up patrols around the National Archives building in Washington, D.C., amid an alarming “splash of online chatter” about the institution, sources told the Post. .

It was the National Archives that ultimately initiated the FBI raid on Mar-a-Lago when it alerted the Justice Department last year to concerns that Trump had not handed over all White House documents to the agency at the end of his term. as required by the Presidential Records Act.

Earlier this month, the FBI confiscated several cases of material hidden in Mar-a-Lago, including classified and even top secret information.

Trump later said in an attack on NARA that all one had to do was just ask for the documents. But messages included in the affidavits supporting the search showed that U.S. officials have been trying to obtain the documents since early last year.

Not only were several boxes of documents found, officials noted in affidavits that records, including highly sensitive national security information, were also haphazardly stored along with other papers.

Acting Archivist Debra Steidel Wall on Wednesday sent a message to NARA employees to stay resilient in the face of threats, the Post reported.

“NARA has received reports from the public accusing us of corruption and conspiring against the former president, or congratulating NARA for ‘getting him off his feet,'” Steidel Wall wrote in an agency-wide message received by The Post. “Neither one nor the other is true.”

Trump treated the documents as if they were his personal property, even though they belong to the American people under the Presidential Records Act.

The Department of Justice and the intelligence community are now working to assess the potential security threat posed by the improper storage of classified documents at Mar-a-Lago.

Trump has unleashed a torrent of anger on other federal employees trying to enforce laws.

Extremists erupted online, posting calls for civil war and calls for Americans to “lock up and boot up” after Trump and a number of Republican lawmakers used inflammatory language to attack the FBI and the Justice Department in connection with the raid on Trump’s Florida residence.

Federal authorities warned of a surge in threats to law enforcement in the wake of Trump’s attacks in a joint FBI-Department of Homeland Security intelligence bulletin, warning agents to be vigilant.

“Calls for violence against law enforcement are unacceptable and must be condemned by all leaders,” the FBI Agents Association said in a statement. “This is not a party or political issue. It’s a matter of public safety and basic decency.”

This article originally appeared on HuffPost and has been updated.