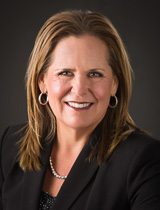 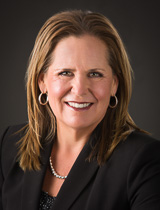 Ann joined PeaceHealth in 2012 as Director of Development at PeaceHealth St. Joseph and the Whatcom Hospice Foundation, and since 2016 has been director of network development for Northwest. Among her many accomplishments, Ann was instrumental in accelerating the Stronger Together fundraising campaign, which is a generational investment to transform our community hospital into a premier 21st-century medical center in Northwest Washington.

Anna was preceded by Pat Modrzejewski, who is temporarily retiring from a position she has held on an interim basis since 2019. Pat graciously agreed to leave her first retirement to join PeaceHealth and helped promote a culture of gratitude in which PeaceHealth supporters and stakeholders – donors, board members, physicians, caregivers and community members – are seen as investors and create shared vision for the future of PeaceHealth.

About world health: PeaceHealth, based in Vancouver, Washington, is a not-for-profit Catholic health care provider offering care to communities in Washington, Oregon, and Alaska. PeaceHealth has approximately 16,000 caregivers, a group practice with over 1,200 health care providers, and 10 health centers serving both urban and rural communities in the Northwest. In 1890, the Sisters of St. Joseph of Peace founded what became PeaceHealth. The sisters shared experience and passed on wisdom from one medical center to another, always finding the best way to meet the unmet health needs in their communities. Today, PeaceHealth is a legacy of the founding sisters and continues to fulfill its mission in a spirit of respect, leadership, collaboration and social justice. Visit us online at Peacehealth.org.