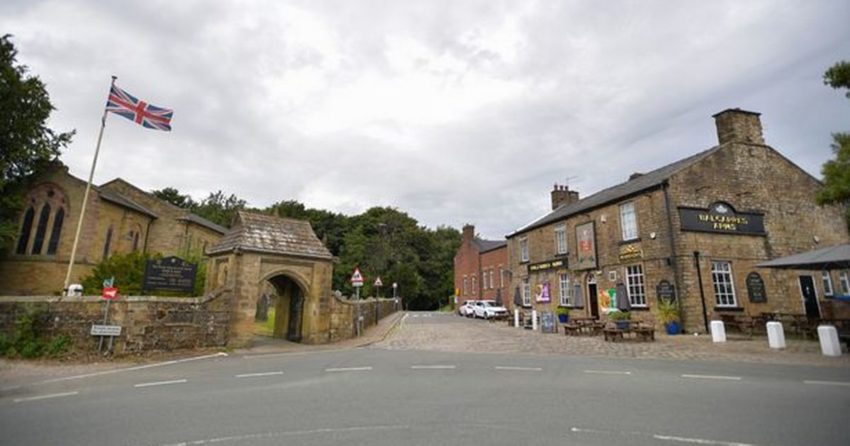 The small village of Hay is located on the outskirts of Lancashire. It is called the most “chic” village, there is an underground tunnel and a haunted pub.

Most will know about Hay because it is a beautiful country park and home to the magnificent Hay Hall. The Daily Telegraph recently named the area the “most desirable” rural hideaway.

This award comes just months after being named the region’s “most chic” village. The list was compiled based on research by real estate agents Savills, who say demand for quaint rustic locations is skyrocketing, driving prices up.

READ MORE: Get £1,000 to drink rum with friends as Revolución de Cuba hunts for a taster

But, according to local residents, there is something to be proud of here, except for Hay Hall and the country park in which it is located. Sharon and Carl Connolly run The Balcarres Arms, a pub in the heart of the village, and say what they enjoy most is the community and its long and fascinating history.

The couple have been forced to close their businesses during the lockdown and have dedicated their time to helping their community. Their walls now boast multiple community awards for their efforts, which have seen them provide over 300 food baskets, 330 Christmas boxes, and 440 gifts for children during the pandemic, according to MEN.

Carl said, “People are nice here. The pub has become a community. This is our favorite thing in life here. We all work together.”

Their pub also has a rich history. Its cellars have been prison cells since around 1800, and there is even an old underground tunnel leading to a church across the street.

Carl said he could talk for hours about the pub’s “ghostly” past, a story they use to throw “psychic parties” for customers. When not in the pub, Carl and Sharon like to visit Hay Hall, which is right around the corner from them.

Another resident, who chose not to be named, said she was “very lucky” to live so close to a country park. She has two sons who have returned to Hay to start families of their own, and she appreciated the sense of community in the village.

She said: “When sons, granddaughters and daughters-in-law are within walking distance, it’s fantastic. My parents are buried here, I have just been to the cemetery. It’s a good community.”

But lately there have been traffic complaints in the area, which this resident was only too well aware of. She added: “My only complaint is the speed of these machines. Cars come around the corner, in front of the church, and then just speed. This is terrible”.

Harry and Ann Whitworth, who live in nearby Aspulla, went for a morning walk. They enjoy walking in Hay, especially in the country park. Ann said: “Aspool is a little less built up, there is more open space. It’s better there!”

The couple met at a pub formerly owned by Harry’s parents in Aspulla and they’ve been there ever since. They said they love the country park, but they try to stay away from it on weekends and during the summer holidays because it’s crowded.

Barbara and David Dyer do not live in Hay, but make regular trips to the country park with their grandchildren. Barbara said it was “a great day off” and she has fond family memories.

Evelyn, 7, and Wilfred, 5, both agreed that they enjoyed their days in the park, especially the bubble gum ice cream they were treated to at the end of their visit.

The Hay community clearly stands out among the residents, many of whom have lived in the area for generations. And, perhaps unsurprisingly, the country park is often cited as the area’s favorite spot.

Often referred to as “the jewel in Wigan’s crown”, it includes 250 acres of parkland and woodland surrounding historic Hay Hall. Highlights include a free adventure playground with climbing, a treehouse, and interactive play features.

Families tell us they love it because there is something for all ages, with climbing frames and ropes to challenge the elders and smaller equipment like swings and swings for the younger ones.