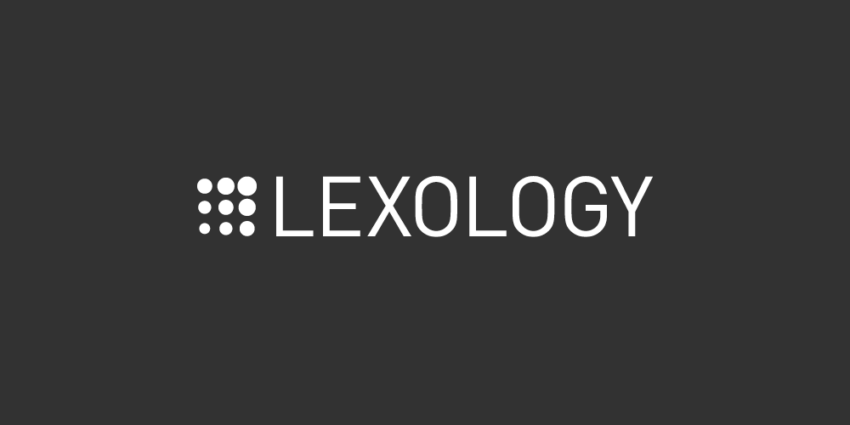 *This newsletter is based on information available as of 30 August 2022.

On 24 June 2022, the Energy Charter Secretariat (“Secretariat”) announced the agreement-in-principle on a modernized Energy Charter Treaty (“ECT” or “Treaty”) by its contracting states. The agreement-in-principle marks the end of a five-year period of preparation and negotiations which began two decades after the Treaty entered into force in 1998. The ECT has since been criticized for overly focusing on investor protection at the expense of host states. Additionally, there have been increasing calls in the EU for replacing conventional energy (e.g., fossil fuels) with ‘clean’ energy to combat climate change. The ECT reform is hence the result of a quest for stronger recognition of the contracting states’ right to regulate and the environmental movement. Notably, investor-state arbitration between an EU investor and an EU Member State (“intra-EU investment arbitration”) will no longer be available.

This newsletter will set out the upcoming amendments on the basis of the Secretariat’s communication summarizing the agreement-in-principle, which is yet to be unveiled. Section 2 will highlight key changes to the protection of investors, including the Treaty’s scope of application, as well as the substantive and procedural changes. Section 3 will explain how Japanese companies with operations in the EU can prepare for the amended ECT.

2. Key expected amendments to the ECT

The most salient amendments include:

a. Scope of investor protection

Definition of “Investment” (point 2): Article 1(6) of the ECT will be revised to (i) include criteria for identifying an investment, inter alia, commitment of capital, expectation of gain, certain duration and assumption of risk, and (ii) require an investment to be openly lawful, i.e., in accordance with the applicable laws of a host state. Further, there will be carve-outs (identifying investments that will not be protected) for (i) judicial and administrative decisions and arbitral awards, (ii) monetary or credit claims from purely commercial transactions involving the sale of goods and services, and (iii) certain public debt instruments.

Definition of “Investor” (point 2): Article 1(7) will exclude from its scope nationals or permanent residents of the host state at the time of investment. This revision is aimed at settling the question of “dual nationals” (i.e., whether a claimant may at any point in time have been a national of the host state), which has produced divergent rulings. Investors will also be required to demonstrate substantial business activities in the host state, inter alia, through physical presence, staff, turnover generation or tax payments.

New energy sources and carve-outs (point 1): Certain business activities and energy sources will be revised to take into account the ECT’s ‘green’ goals:

Denial of benefits (point 2): Article 17 essentially denies protection for investors and investments owned or controlled by a third state investor. In light of the split case law on the issue, this provision will be revised to confirm that (i) it may be invoked at any time (i.e., even after the commencement of an arbitral proceeding) and (ii) no prior formal notification is required. The new clause will also clarify in what circumstances investment protection may be denied, namely maintenance of international peace and security as well as human rights protection.

The amended ECT is also expected to contain clarifications with regard to substantive investment protections (point 2):

Expropriation: In line with newer treaties, Article 13 will introduce the concepts of “direct” and “indirect” expropriation, and list factors for determining the latter (such as economic impact and character of the measure). Mirroring the so-called “police powers exception”, non-discriminatory public policy measures will be exempted by default.

Fair and equitable treatment (“FET”): Article 10(1) sentence 2 will contain a list of measures that constitute an FET breach. It will identify the conditions for the category of “frustration of an investor’s legitimate expectations” often invoked in connection with FET breaches.

Transfers related to investments: Article 14, known as a “free transfer” clause, will allow exceptions for “serious balance-of-payments difficulties” and safeguard measures for “serious difficulties [in the EU’s] economic and monetary union” or in other ECT contracting states’ “monetary and exchange rate policies”.

Most constant protection and security: Article 10(1) sentence 3 will be expressly limited to an investor’s physical (as opposed to merely monetary) security.

Most favored nation (“MFN”) treatment and umbrella clauses: The clauses will be revised to clarify that:

Transparency: The 2014 UNCITRAL Rules on Transparency will be adopted with some modifications for investor-state arbitration, and transparency for state-to-state disputes will be enhanced, including by making procedural documents publicly available and granting public access to arbitral hearings.

Frivolous claims: The amended ECT will provide for mechanisms to expedite proceedings and to address frivolous claims, including the possibility to dismiss claims that are (i) manifestly without legal merit, and (ii) unfounded as a matter of law on the merits (see also ICSID Arbitration Rule 41). A separate provision will allow the dismissal of claims for abuse of process, that is, where an investment restructuring was conducted for the sole purpose of initiating an ECT claim.

Security for costs and third-party funding: The amended ECT will introduce a provision recognizing the tribunals’ power to grant security for costs vis-à-vis the claimant-investor in specific circumstances, including the risk of claimant’s non-compliance with an adverse decision on costs (see also ICSID Arbitration Rule 53).

The disputing parties will be required to disclose certain information regarding their use of third-party funding (see also ICSID Arbitration Rule 14).

Damages valuation: Article 13 of the ECT is a typical expropriation clause containing a calculation method for compensation of a lawful expropriation (i.e., one which was non-discriminatory, motivated by a public purpose, and followed due process). The amended ECT will further specify that an expropriation may be remedied by either monetary damages or restitution, but that punitive damages will not be allowed.

The amended ECT will adopt the so-called “costs-follow-the-event” approach, whereby the losing party will in principle bear the costs of the proceedings and other reasonable costs.

Intra-EU investment arbitration: A notable revision involves a new provision on Regional Economic Integration Organisations (“REIO”) (point 6). An REIO is currently defined in Article 1(3) of the ECT as an organization to which states have transferred competence over certain matters. To date the EU represents the only REIO. The revised ECT will carve-out certain provisions vis-à-vis an REIO, most importantly, Article 26 which regulates investor-state arbitration. EU Member States will be barred from resorting to investor-state arbitration and the provision thus will settle the highly debated question of whether arbitral tribunals are competent to hear intra-EU claims on the basis of the ECT despite conflicting EU law.

Right to regulate (point 2): The host states’ right to regulate in the public interest will be reaffirmed in the preamble and throughout the ECT, with a new provision in Part III on “Investment Promotion and Protection” listing legitimate public policy objectives, e.g., public health, safety, public morals and environment (including climate change mitigation and adaptation).

Exceptions to the ECT protections (e.g., Article 24) will be restructured based on the provisions in the GATT and GATS and allow measures for the maintenance of international peace and security.

Sustainable development and corporate social responsibility (point 5): The revised ECT will stipulate several provisions emphasizing the contracting states’ commitment to high environmental and labor standards and to the sustainable and responsible development of international trade and investment in the energy sector.

Transit (point 4): Article 7 of the ECT regulates transit-related questions. The revised ECT will introduce mechanisms, inter alia, to ensure transparent and non-discriminatory access to Energy Transport Facilities (defined in Article 7(10)(b)), including with respect to applicable tariffs, and to manage capacity allocation and congestion.

Obsolete provisions: Certain provisions and Annexes which have become outdated will be removed or updated (e.g. transitional provisions or provisions concerning the European Communities).

To what extent the ECT reform will impact investors’ rights will largely depend on the specific language and each contracting state’s implementation of the amended Treaty. While the changes to the ECT’s scope of application may limit protections for certain investments and investors (in particular, in the conventional energy industry), greater certainty might be achieved in relation to investors’ substantive rights through more detailed provisions. Still, much will depend on how arbitral tribunals decide individual cases, including how much weight will be given to host states’ right to regulate. Similarly, the procedural revisions would seem to be largely uncontroversial and in line with common arbitral practice.

As for investor-state arbitration, investors with operations in the EU should brace themselves. Once the amended ECT becomes effective,11 intra-EU investment arbitration will no longer be an option. Japanese companies with subsidiaries in the EU are thus encouraged to contemplate their options, including restructuring their EU investments and securing protection under alternative treaties, where possible.

Our international disputes practice with substantial expertise in investor-state arbitration and in many jurisdictions will continue to report on the topic. For further assistance and an introduction to our team, please feel free to contact us anytime.