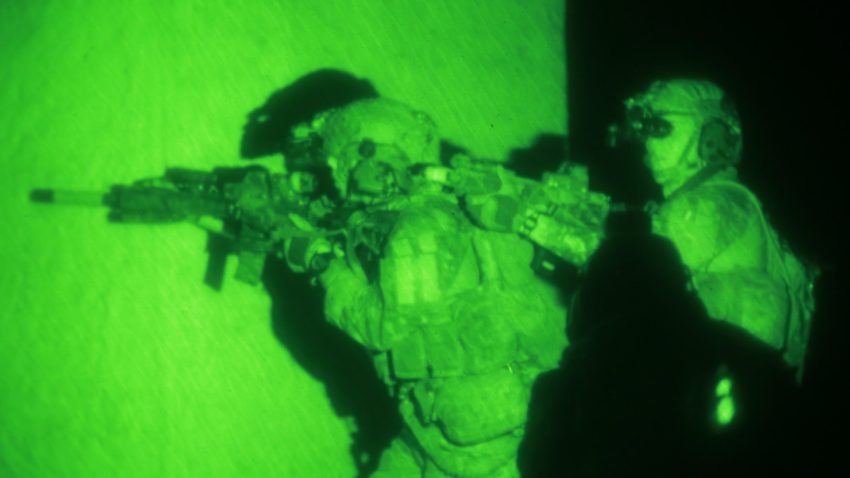 Details remain limited, but the US military said US special operations forces recently freed hostages somewhere on or near the African continent. While no connection has been confirmed at this time, Catholic Church officials announced today that Suellen Tennyson, an 83-year-old nun who was kidnapped in the northwest African nation of Burkina Faso earlier this year, is now safe.

Chairman of the Joint Chiefs of Staff General of the Army Mark Milley first spoke about the operation during a speech yesterday at a ceremony marking the transfer of command of SOCOM from General of the Army Richard Clark to General of the Army Brian Fenton. In the course of these remarks, Milley skimmed through the list of notable accomplishments of US Special Operations Forces during Clark’s tenure.

The operation in Nigeria that Milley mentioned was the rescue of Philip Walton, the son of a Christian missionary who was captured in neighboring Niger in 2020. 22 Osprey convertiplanes supported by various tankers flying long distances from a base in Spain are here.

In response to inquiries regarding this newly disclosed operation, SOCOM sent war zone contact the US Africa Command (AFRICOM). We have not yet received a response from AFRICOM, which is headquartered in Germany.

This was announced by the representative of the General Staff. war zone they had nothing to add to Millie’s remarks when they were contacted.

The Catholic Archdiocese of New Orleans and Bishop Theophilus Nare of the Diocese of Kaya in Burkina Faso subsequently issued statements for the release of Sister Tennyson. The nun is a member of the Order of the Marianites of the Holy Cross, since 2014 she has been serving in the parish in Burkina Faso. In April, she was kidnapped by unknown militants.

Nurse Tennyson is not the only foreign hostage in Africa. As of 2020, at least six people were being held by various groups in Africa’s Sahel region alone, which separates the Sahara desert from real sub-Saharan Africa. The most famous of these people is Jeffrey Woodk, a Christian missionary humanitarian worker who was kidnapped in Niger in 2016. Woodk is currently believed to be in the custody of members of Jamaat Nasr Al Islam Wal Muslimeen, or JNIM, a Mali-based al-Qaeda franchise that was formed from a merger of a number of regional terrorist groups in 2017.

In 2017, then AFRICOM commander Marine Corps General Thomas Waldhauser, who has since retired, said that the failed counter-terrorist operation in Niger that killed four American service members and many other Nigerian service members, which you can read about here, – has been linked to efforts to rescue Woodk. The subsequent exhaustive investigation, which ABC News carried out, which resulted in a documentary called 3212 Uneditedfound no evidence to support this, and there are still many questions about this incident.

In November 2021, Woodk’s wife, Els Woodke, publicly criticized the US government’s efforts to free her husband and claimed that US authorities were hindering her efforts to raise money to pay a multi-million dollar ransom. A U.S. official told the AP in response to its remarks that the U.S. government’s policy of taking all steps to deny concessions to hostage-takers, such as ransom, “does not prevent the United States government from helping families of hostages with private efforts to communicate with hostage-takers.” .”

Whatever the case, it’s good to hear that there’s at least one less hostage there.

We will update this story as more information becomes available.