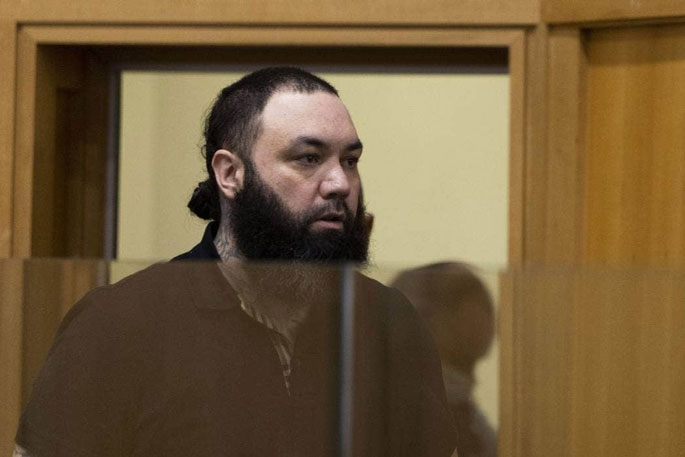 A secret witness detailed to High Court jurors how he was recruited by gang leaders to travel clandestinely from Te Puke to Picton for a clandestine drug deal with a man known as “Twice”.

Nine high-ranking members of the Mongols stood trial in Hamilton on a range of drug and weapons charges.

This is one of the largest criminal trials in New Zealand’s recent history and comes more than two years after the gang was attacked by police.

Operation Silk, as it was called, led to the arrest of the entire senior leadership of the gang on a variety of charges of possession of drugs and weapons.

At the time of the June 2020 arrests, police said a gang war was brewing in the Bay of Plenty area, with numerous groups vying for the lion’s share of the drug market.

On Monday, the court heard a Crown witness, a former gang member whose name has been withheld and who appeared in court via audiovisual link from a different location.

The man described how he met some of the gang members, including Ronaki, with whom he is connected, and Petrovski, also known as “Rhino”, in early 2019 while living in Te Puk.

At that time, gang members operated under the name Bandidos.

“I remember [meeting Ronaki] clearly because he took half of my bag of weed.”

The witness said that he injured his hand while working in the forest and was living on ACC benefits at the time.

Meanwhile, the gangsters had “a lot of money”. They got what they wanted without working.”

“Stacks… Thousands. They had all the shiny cars, clothes, everything.”

He met Tucker, also known as JD, at a house near Te Puke in May or June of that year.

Shortly before this, he and Ronaki had met and discussed a “trip” – a drug delivery trip – to Picton.

It took a while to meet Tucker because the other gang members were “kind of protecting him from meeting anyone new… They were a bit paranoid.”

The witness said that Ronaki recruited him to sell drugs because he had a full driver’s license.

Before driving south, Petrovsky and Ronaki took him to the Papamoa Plaza shopping center to buy a mobile phone, on which Petrovski downloaded an app called Wickr, which allegedly allows for encrypted communication.

The witness recounted how he left Te Puke in a VF Commodore and headed south, “pinging” Ronaki on Vikra as he passed through each city to let him know how he was progressing.

Two cylindrical packages of drugs were hidden in the compartment on the roof of the car.

He went straight to Wellington and took the ferry to Picton. Once there, he was contacted by a man known as “Twice” – “because he says everything twice” – who was driving a blue Toyota Hilux Surf.

The couple met at a recreational area near Pickton where a deal was struck: he handed over the drugs and Two Times gave him $7,000 after “he let his German Shepherd out.”

Soon he was making these trips about once a week: “Picking up guns, turning in guns, taking drugs, turning in drugs, collecting money, turning in money.”

Shortly after the first delivery, one of the Bandidos members from the Bay of Plenty was attacked by gang members at a party in Christchurch and suffered head injuries.

“Someone must have dealt with him.”

Tucker, Ronaki and another member subsequently flew to Christchurch, where another violent altercation took place in the car park in response. Footage of the incident was posted by Tucker on Instagram “so the boys can have a good laugh.”

The eyewitness said that the “higher ranks” of the Bandidos in Australia got wind of what was going on and asked Tucker and Ronaki to hand over their patches, “but they refused.”

Shortly thereafter, the members of the Bay of Plenty decided to defect to the Mongols.

“Basically, they found another gang to join.”

Shortly thereafter, the witness said that he began to see members of the group wearing Mongolian brand clothing.

It was also around this time that Tucker invested about $3,000 in “cipherphones”—devices that were encrypted on their own platform.

Each senior member of the gang received their own code name. The witness was “Wheel”. According to an eyewitness, Tucker had several names, including “Harmful” and “Hellbound”, because he often became paranoid about being followed and smashed his phones.

The witness said that in addition to driving, he was involved in “searching” for the gang – “driving around, doing little things – whatever the club asks you to do, you do it” – and reported directly to Ronaki and Tucker.

On many witness trips, he collected blocks of raw methamphetamine weighing between 1 and 4 kg from a gang contact in Auckland, delivered it to Te Puke, where it was “cut up” with another substance, such as a joint pain supplement, and then transported to Christchurch. .

There he usually met with Ross, who was the chief man of the Mongols in the South Island and was known by the code name “666”.

The first of these meetings resulted in the exchange of a 2-kilogram block of cut methamphetamine for a shoe box containing $100,000.

The raw drugs were stored in packages that looked like “shiny green tea bags” that contained “hard little bricks”.

“When you open it, it just hisses because of the air that got inside… It’s like a big piece of broken glass knocked together.”

He also said he received a suitcase and a “pool box” filled with weapons, which he left for safekeeping. The large package contained “big guns” such as the AK47 and AR15.