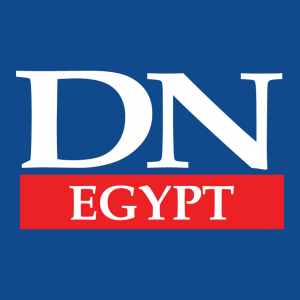 gemma Ware, Talk – In this edition of The Conversation Weekly podcast, new research reveals the story of a Cold War double agent who feels abandoned after 22 years of service.

As soon as Eleni Braat and Ben de Jong met the man now referred to as “M”, they knew they wanted to interview him. Braat, a historian at Utrecht University, and De Jong, an intelligence expert at Leiden University, both in the Netherlands, are fascinated by the relationship between spies and secret service handlers.

What particularly intrigued them about M, a Dutchman, was that he had worked as a spy for three different secret service agencies for over two decades. First recruited into the Dutch secret service as a young man in the 1960s, he was then approached by the East German Stasi and began working as a double agent, still loyal to the West. In 1981, Dutch handlers transferred him to the CIA, and he continued to work for the Americans until the last days of the Cold War.

In his interviews with researchers M. reflected on his life as a spy and the important work that, in his opinion, he did. “In a way, he was a committed Cold Warrior on the Western side against communism,” de Jong says. “But at the same time, he felt like he was being treated quite badly by the two services he worked for, namely the Dutch security service and the CIA.”

At times, M. felt that his life was in real danger and that he had been betrayed. Braat says that M’s report gives insight into the loneliness of the life of a spy, as well as the “importance of aftercare” for secret agents after their spy job ends.

Listen to the full account of M’s experience on The Conversation Weekly podcast. You can also read the article for our Insight series that Braat and De Jong wrote based on their interview with M.

This episode was produced by Gemma Ware and Mend Mariwani with sound design by Eloise Stevens. Our theme music is composed by Nita Sarl. You can find us on Twitter @TC_Audio, on Instagram at theconversationdotcom or by email. You can also sign up for The Conversation’s free daily email newsletter here.

You can listen to The Conversation Weekly through any of the apps listed above, download it directly from our RSS feed, or find out how else to listen here.

This article is republished from The Conversation under a Creative Commons license. Read the original article.