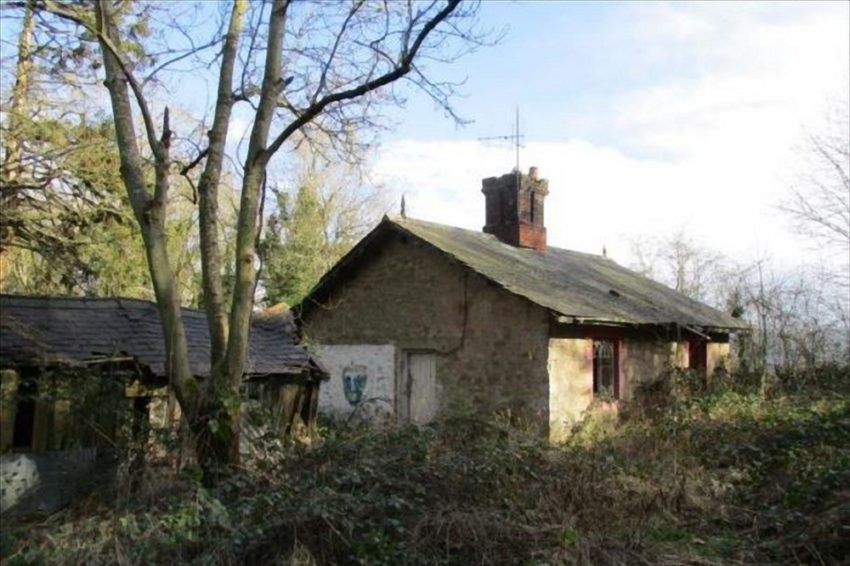 An abandoned forest cottage that has not been lived in for almost 25 years can be reused.

Mrs Katherine Jones’ executors petitioned the planning committee of Denbighshire County Council to have the property, known as Tyn y Llwyn, re-used as a home.

Small one-story 19th centuries can be found in the forest known as Coed Ty’n Llwyn.

Accessible from an unaccepted trail, the house stands about 1 km south of Ryul and a little more northeast of Rutin.

Evidence presented to Denbighshire County Council shows that the house was occupied until about 1999.

The house was registered for council tax until 2010, but fell into disrepair when squatters took over.

Her son Mr Hywell Lloyd Jones moved from his former family home to Manchester in 1973.

Mr Jones now lives in Cheadle with his family but has made an application to Denbighshire which documents the history of the house.

“I was born in 1954 and am the second son of the late Mrs. Catherine Elizabeth Jones of Tyn-i-Kao, Ryul, Rutin,” he wrote.

“My brother is Rowland Jones. From the day we learned how to lift a shovel, we worked for my father on the farm. My brother was adamant that he would be the dominant brother and farming on my father’s farm would be his right.

“So I became more aloof from farming and looked for interest elsewhere.

“About 1973 I moved to live in Manchester and have lived there ever since. Eventually my father divided the farm between himself and my brother Rowland Jones.

“It was after my mother remarked to my father, ‘Why does Rowland have more cattle than you?’ my father cultivated a forest—a cottage, half a farm, divided by a hedge that sloped down from the forest gate to an alley.

“I came home on weekends and helped my father. I didn’t work for my brother because we didn’t get along.

“In the 1970s, Hugh “Fahluid” moved to Tin Llwyn. From then on he was known as Hugh Tin Llwyn.

“Before Hugh moved to Tin Llwyn, there was a family living there. I remember this man’s name was Glyn, and he was known as Glyn Tin Llwyn.

“Hugh Tin Llwyn served on the Ruthin council as a garbage truck driver until his retirement in the 1990s.

“He lived alone in Tin Llwyn with his terriers, whom he loved. When the weather allowed, he drove his car across the field to get to the cottage. After a heavy rain, he parked his car in a side street and walked.

“My father died in 1996 and I continued to travel to Tyn-i-Khao to see my mother, go to town for her supplies, and visit my sister Ann, who lived in Ruthina.

“Now I very rarely went out into the field or into the lane next to the garden of the Tyn-i-Kao farm, diagonally to the gate at the entrance to the forest. “

The application will be discussed by the planning committee of Denbighshire County Council.