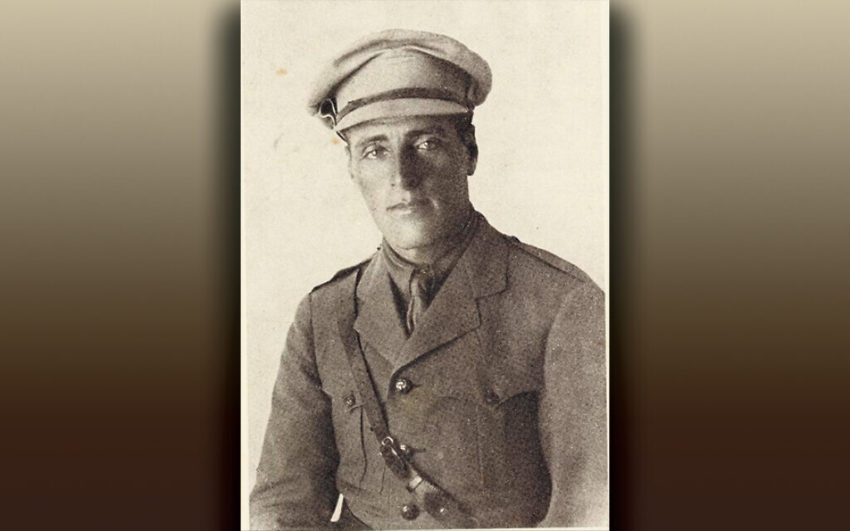 On March 1, 1920, Joseph Trumpeldor, mortally wounded in what was probably an accidental shootout that killed eight Jews and five Arabs in the Jewish village of Tel Hai, uttered his famous last words: “It is good to die for our country.”

General information about the life of Trumpeldor is well known, and they have become part of the Israeli national legend: he was born in the North Caucasus in the Russian Empire in 1880. The most titled Jewish soldier in Russia. In 1911, he emigrated to Palestine, where he participated in the organization of the Jewish Legion, which fought on the side of the British in the First World War.

After the war, he returned to Galilee, where he led the defense of Jewish peasants.

But do you know about the stories he wrote?

Oshrat Assayag-Lopez recently translated them into Hebrew for the first time for her doctoral dissertation. in Jewish Literature at Ben-Gurion University of the Negev, Beersheba.

She spoke about her thesis and the newly published Trumpeldor historical novel In My Bed at Night in a lengthy interview published by Haaretz over the weekend.

Ms. Assayag-Lopez’s research led her to St. Petersburg, where she gained access to family archives not studied by previous biographers, as well as to letters from young women whom he courted, before apparently deciding to put his Jewish national dreams are above romance and family. life.

“He turned out to be a romantic and charismatic person, an attractive, sensitive, but heartbreaking lover,” Assayag-Lopez told Haaretz. “He writes about his desire to fall in love, but shows fear and insecurity, as well as an ironic sense of humor. The love letters he received and sent help shape this side of his personality. The translation of his family letters allows us to recognize one of the founders of Zionism as a brother, son and son-in-law, showing a complex figure, sensitive, humorous, caring and modest.”

Trumpeldor wrote his stories as a student, first at Dentistry and then, after losing his arm, at Law. According to Ms. Assayag-Lopez, they contain “clear biographical elements that illustrate the other side of his character: romantic, soft-spoken, shy, humorous, mostly self-deprecating.”

The article in Haaretz presents a multifaceted picture of a man mythologized into a one-dimensional hero. It’s worth reading.