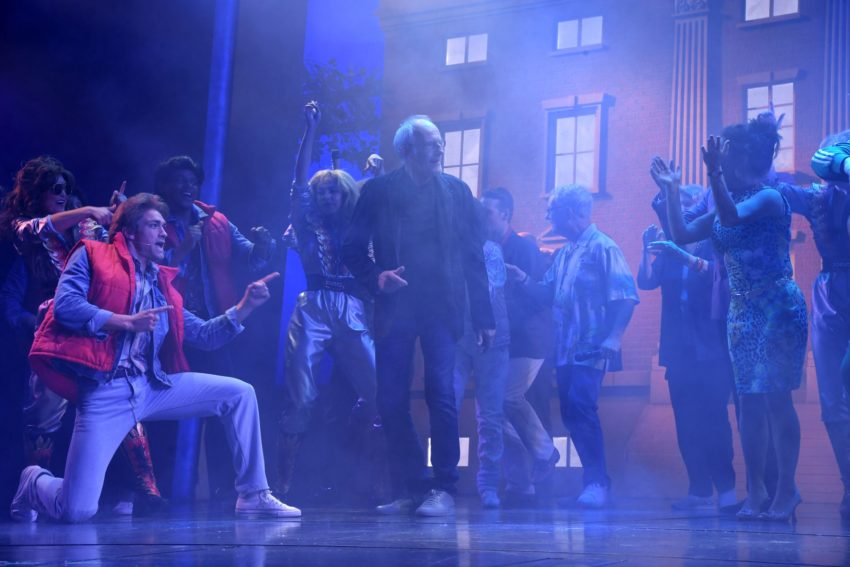 Most Broadway shows don’t start on Broadway. Because production costs millions, producers often want to see the show play out in front of an audience before taking the final step. At any given moment, regional theaters around the country, small off-Broadway nonprofits, and theaters in Canada and England are putting on productions that could be Broadway’s next big thing.

Plays heading to Broadway next season include Almost Famous, which ran last fall at the Old Globe Theater in San Diego, a frequent incubator of Broadway productions, and And Juliet, which was a big hit in London. And one of the most anticipated shows, “Kimberly Akimbo,” began off-Broadway in New York at the non-profit Atlantic Theater Company.

Avid theatergoers seek out these productions to see how the play is progressing and are happy to have the bragging rights that give them the chance to see something before anyone else. Here’s a guide to some of the shows coming up next year that could make it to Broadway.

The popular 1995 musical about the enduring power of music was adapted as a musical by Tony-winning actor B. D. Wong (M. Butterfly) and composer Wayne Barker. No future plans have been announced, but the film has a strong cult following. Who could forget Richard Dreyfus’ heartbreaking, Oscar-nominated performance as a high school music teacher?

How to impress a girl? Invite her to star in your group’s video – the first step, create a group. It’s a sweet coming-of-age story behind this musical based on the 2016 indie film. The show was set in Dublin in the early 80s and was off-Broadway in 2019, but due to the pandemic, Broadway plans were shelved. The producers are giving the show another chance, though no official Broadway plans have been announced.

Singer-songwriter Ingrid Mikaelson wrote the songs for this musical, based on the hugely popular novel by Nicholas Sparks (get a sneak peek, her recording of the haunting song “If This Is Love” is on YouTube). Written by tear-maker Beka Branstetter (“This Is Us”), the show is an ode to enduring love that tells the story of an elderly couple who look back on their lives. Broadway seems likely.

Bestselling author Jodi Picoult is actively involved in musicals. Her show Between the Lines runs off-Broadway until October 2 and could very well be moved to Broadway. Meanwhile, she is working on a film adaptation of Markus Zusak’s gripping novel The Book Thief. It’s a story, as Picoult explains in a commercial, about an orphan girl, an adopted child in a German home where a Jew was hiding during World War II. By interacting with this man, Picoult says, “she learns that words can hurt and heal.” Broadway transfer plans have not been announced, but given the popularity of the book (16 million copies sold), it is likely.

When his ship sinks, a 16-year-old who has moved with his family from India finds himself in a lifeboat with several animals, including a Bengal tiger. Inspired by the best-selling novel by Jan Martel, the play won five Olivier Awards in London (their Tony), including Best New Play. This is a story about endurance and hope, and the puppet show is meant to be breathtaking. Nothing official for Broadway, but it’s a pretty sure bet.

“The Harder They Come”

This theater is responsible for the birth of some of Broadway’s biggest hits (Hamilton, Chorus), so new musicals often take the leap. This one, written by Public staff writer Suzan-Lori Parks, is inspired by the 1972 film and tells the story of a young Jamaican singer who struggles to make it in the music business. It features the music of Jimmy Cliff.

“Back to the Future”

Yes, the time-traveling DeLorean is flying in this musical, which has been running in London since September 2021. Based on the hit 1985 film starring Michael J. Fox and Christopher Lloyd, the musical romp brings to life the initially clueless Marty McFly, who is as confused as ever when he travels back in time and meets his high school parents. The show has been announced to be moving to Broadway in 2023, but details are yet to be announced. Keep for updates.

The team behind the Golden Globe-winning television series, Joey Soloway writing the book and Faith Soloway writing the music, are working on the premiere of this musical. Fans of the show, which chronicles the Pfefferman family’s journey and the patriarch’s transformation into Maura, are promised many of their favorite characters will appear. “I’ve been hearing the Pfeffermans sing for me since I first started working on Transparent,” says Faith Soloway, “so being able to see this musical through to the end is a dream come true.” It’s still too early to go to this show, but a Broadway move could happen.

For anyone who has ever dreamed of running away to the circus, this musical will be a joy. The show, based on Sarah Gruen’s bestselling book, tells the story of a couple’s love for each other and Rosie the elephant. It’s hard to imagine the show won’t have a life outside of Atlanta.