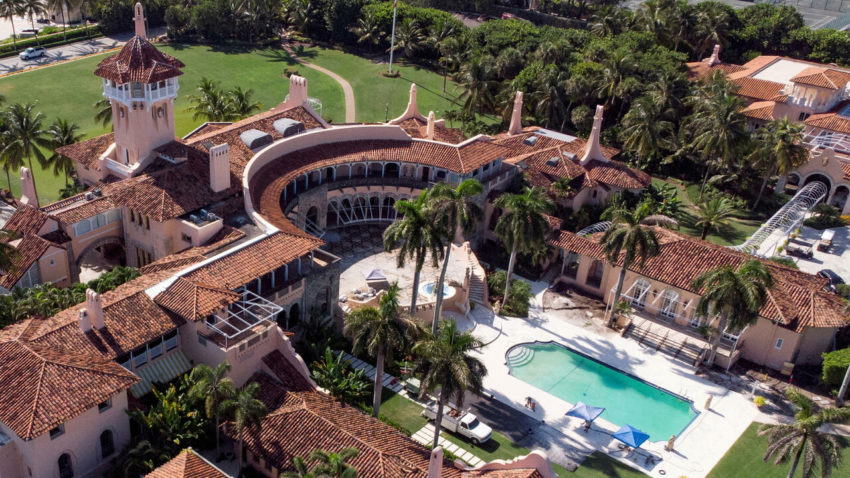 And the obstruction statement puts additional legal pressure on the former Republican president, who has denied all wrongdoing and condemned the FBI’s unprecedented “witch hunt” raid on his palatial home this month.

Trump’s lawyers responded Wednesday with a statement calling the government’s prosecution of the documents “unjustified,” saying that the former president’s possession of sensitive information “should never have raised alarms,” ​​and describing the raid as “unprecedented, unnecessary, and not legally supported.”

The Aug. 8 raid was prompted by a review of “highly classified” documents that Trump finally turned over to authorities in January of this year – after months of negotiations with the National Archives and Records Administration (NARA).

After a request from the FBI, Trump’s lawyer eventually handed over 38 more classified documents and provided “under oath confirmation” that they were the latest of the materials.

When agents conducted a court-ordered search, they found material so sensitive that “even the FBI counterintelligence officers and Justice Department lawyers who conducted the search required additional permission before they were allowed to view certain documents,” it says.

“It’s horrifying how the FBI, during the Mar-a-Lago raid, randomly scattered documents all over the floor (maybe pretending I did it!), And then started photographing them for everyone to see.” He wrote.

The House of Representatives impeached Trump for the second time after the Capitol riot – he was charged with inciting a rebellion – but the Senate acquitted him.