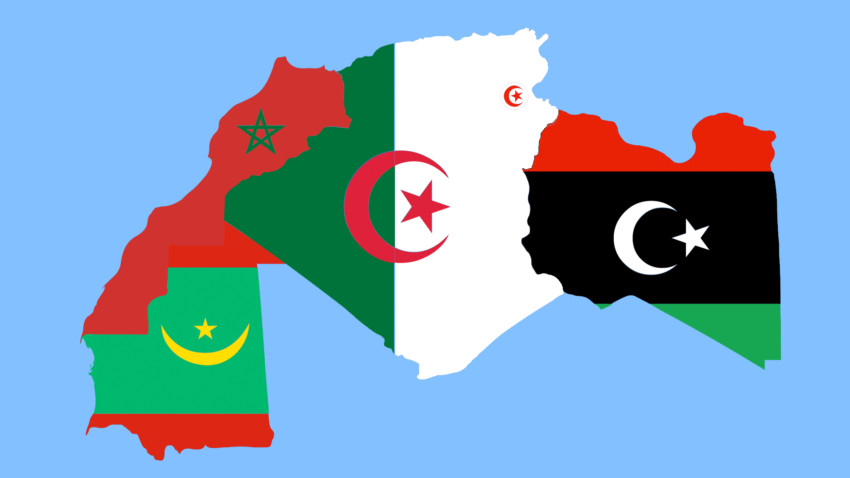 Tunisia Morocco: who is behind the tensions in North Africa?

New tensions have cast a shadow over relations between the Maghreb countries ahead of the “Tokyo International Summit on African Development” (TICAD 8), which was held in Tunisia on 27 and 28 August.

1. Was the decision of the President of Tunisia to accept the leader of the Polisario group a sovereign decision?

Many observers see Qais Syed’s admission of the leader of the Polisario group as a retreat from the neutral stance that Tunisia has held since the last century.
The decision taken by the President of Tunisia may have been an inevitable concession to the economic problems in his country. While others see it as complying with tough Algerian pressure, it all started with financial stimulus. Or by deliberately destabilizing Tunisia and weakening the position of President Qais Syed in the face of his political opponents, who rejected his parliamentary dissolution and his coup against the democratic path negotiated by Tunisians after 2011.

No one can find an objective justification for Tunisia to take the Algerian position on the Sahara issue without specifying the results of this position and what it will gain from it.
President Qais Said needs to consolidate his power, crush his opponents and dominate the national political arena.
The decision to unite with Algeria against Morocco is not the result of a coincidence. On the contrary, its features began to appear after the visit of the President of Algeria to Tunisia, and then the visit of Qais Sayed to Algeria and France.

2. Is Algeria serving the French agenda to destabilize North Africa and counter US interests?

Immediately after the start of the Ukrainian-Russian crisis, France faced complex geopolitical and economic challenges.
The road to Moscow was impossible for France unless it was coordinated with the United States and the rest of the Western countries. Paris no longer had a large number of energy sources (gas in particular).
After the deterioration of Algerian-Spanish relations and the recognition by Spain of Morocco’s sovereignty over the Sahara, it would not be difficult to find a convincing explanation for the convergence of French-Algerian interests.
France needs Algerian gas more than ever, and Algeria must compensate Spain with a European buyer.
France understands that the price of Algerian gas will not always be financial, but rather political, and will often run counter to Moroccan interests, covertly and perversely.
Paris has never been pleased with the Moroccan-American rapprochement, just as the recognition of the Moroccan Sahara by Spain and Washington was not good news for Paris.
He now sees Algeria as the best ally to pass on his plan to destabilize North Africa and stand in the way of American involvement in the African continent through the Moroccan gates.
The absence of Morocco at the Japan-Africa summit is primarily in the interests of France, so Paris will never allow a strong competitor like Japan to enter African markets in general and Moroccan markets in particular.
Paris wants to (impose) itself on the countries of the region as its sole economic partner. However, he has no instruments of pressure other than a human rights dossier against Qais Sayed and the President of Algeria. At the same time, she maintains her ambiguous position on the Sahara issue in order to trade both Morocco and Algeria with her.
During his press conference with Algerian President Emmanuel Macron did not mention the Sahara issue, which explains his reluctance to break the circle of ambiguity and maintain a line of return with Rabat. He announced his intention to visit the country next October.
Thus, all signs point to the covert and clever involvement of France in exploiting the conflicts in the Maghreb to secure permanent gains for its former colonies. A policy that may not serve the principles of the republic, may not correspond to the slogans of democracy, and certainly does not take into account the interests and future of the inhabitants of the region.

3. Has Algerian gas become a currency for buying political positions?

The answer is simple and yes.
The Algerian military regime practices the exploitation of the country’s wealth. He can no longer keep up with King Mohammed VI’s African initiatives. Algeria has failed to take a clear stand on international efforts to find a realistic, serious and viable solution to the Sahara problem. Therefore, the rulers of Algeria chose the tactics of obstruction and prevented stability in the region. They gambled on buying political positions with gas and squandering the wealth of the Algerian people instead of benefiting from it in developing the country and narrowing the large class gap between the ruling military junta and the generally vulnerable Algerian people.
The rulers of Algeria have realized the value of gas in the current international political situation. They became more determined to turn it into a weapon against Morocco. They will not stop using it to further their expansionist ambitions in the North African region.
The Algerian military junta is taking advantage of the suffering of tens of thousands of prisoners in the Tindouf camps.
By pushing President Qais Said to move away from a democratic political approach and exclude Tunisian constitutional institutions in exchange for money and gas, Algeria is plunging the region into an unknown fate and opening the gates of North Africa to all kinds of extremism. , indifferent to the repeated American calls for the need to maintain stability and security in the North African region and the rest of the world.

4. Did the Biden administration know about Tunisia’s move?

Morocco, a longtime ally and friend of the United States, has proven under the leadership and wisdom of its king that it is on the side of our national interests.
So the biggest unanswered question is:
Did the Biden administration know ahead of time that the Algerian regime was working to impose the Polisario leader at the Japan-Africa summit in Tunisia?
Let’s assume the answer is yes, and it’s possible. How can one explain that the Biden administration did not foresee this hostile move towards such a friend and old ally as Morocco?!
But suppose Washington is unaware of President Qais Syed’s move. In such a case, it is dangerous for a country like the United States. How can a diplomatic body ignore such an event?
A few days before the convening of the Japan-Africa summit, members of the Senate and US representatives visited Tunisia, during which they met with President Qais Syed. Tunisia
The visit coincides with some US reports that the United States may withhold $500 million in aid to Tunisia.
On July 28, 2022, the US Department of State, in a statement, expressed concern about the path of democratic treatment of Tunisia:
“Tunisia has experienced a worrying erosion of democratic norms over the past year and has reversed many of the hard-won gains the Tunisian people have made since 2011. Since July 25, 2021, the suspension of constitutional government, the consolidation of executive power and the weakening of independent institutions have raised serious questions about Tunisia’s democratic path, both in Tunisia and internationally.”
This statement clearly confirms that the United States is closely following what is happening in Tunisia under the leadership of Qais Said. So how can you believe that the United States, with all its organs, connections, capabilities and assessments of its observers, did not sense that a diplomatic shock was coming and that the relations of their friends were in danger?!