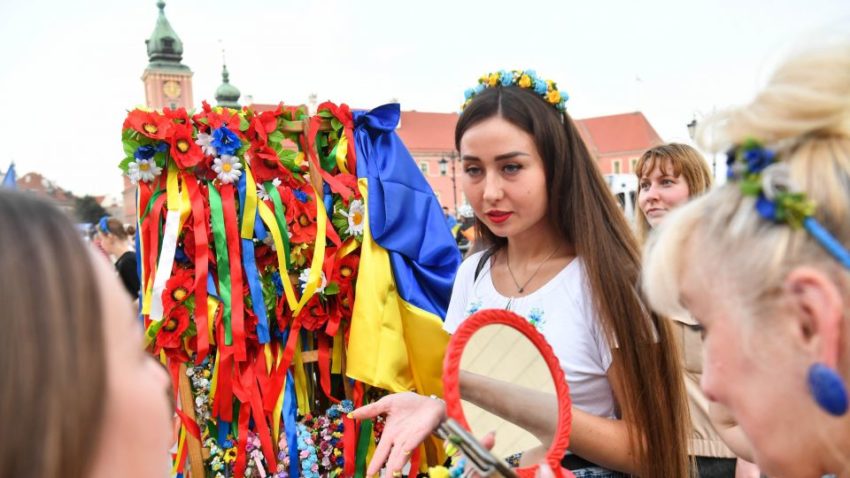 It would be in the interests of the Ukrainian national minority to “place” their representatives in all major Polish political parties.

Until recently, the Ukrainian minority in Poland played a rather modest role. Now, when first there is an influx of economic migrants, and since February there are also refugees, the situation may change dramatically.

A few years ago, according to the 2011 census, approx. 39 thousand Ukrainians, or better to say, Polish citizens of Ukrainian origin. But soon hundreds of thousands of migrants began to arrive in our country in search of work. According to the report of the Office for Foreigners for December 2021, the number of Ukrainian citizens with a valid residence permit in Poland exceeded 300,000. Others went back and forth, but the group that wanted to stay grew. And in recent years, several thousand of them have received Polish citizenship. These people want to be active, including in the social and political sphere.

Migrants, most likely, about 2 million. Most of them express their readiness to return home. How many will stay in Poland forever? Estimates vary; the May report of the National Bank of Poland states that 16% percent, i.e. more than 300 hundred thousand wish to stay. This means that the number of Ukrainians living in Poland will increase to more than half a million, and there will certainly be more holders of Polish passports.

Operation Vistula and its aftermath

Before World War II, Ukrainians made up more than 15% of Polish citizens. But the war changed everything. The Polish-Soviet border was drawn along the rivers Bug and San, thus dividing the territories inhabited by both Ukrainians and Poles.

As part of the so-called repatriation, many of our compatriots were resettled in Poland within its new, post-war borders. Likewise, many Ukrainians were relocated to the USSR. There were several stages of “repatriation”. During the first, in the second half of 1944, about 20 thousand Ukrainians left Poland, i.e. over 5 thousand families. The next three stages were carried out until 1946. Some of the “stubborn” residents of southeastern Poland were forced out by the forces of the Operational Group “Rzeszow” consisting of 4 infantry divisions, the Border Guard Troops, the Internal Security Corps, militias, as well as security personnel. In total, 480,000 people (122,000 families) were subject to displacement during this operation.

However, Ukrainians still lived in Bieszczady, as well as Lemkos and Boykos (some of which self-identified as Ukrainians, others as representatives of other peoples). Meanwhile, the Ukrainian Insurgent Army (UPA) was active. Hence the decision of the Central Committee of the Polish Workers’ Party of 1947 on forced resettlement to the so-called “restored territories”. In addition, it is possible that the leadership of the Kremlin was pulling the strings here. Of course, the then Polish army could easily liquidate the UPA, which numbered 2.5 thousand people in Bieszczady, without resorting to resettlement, but, we repeat, the political decision had already been made. Total ok. 140 thousand people were displaced.

As a result, Ukrainians can be found in Masuria, Western Pomerania and Lower Silesia. And so in Gurovo Iławiecki (Warmian-Masurian Voivodeship) there is a bilingual, Polish-Ukrainian complex of schools (including a gymnasium), as well as a Greek Catholic church; Ukrainians make up a significant group in the city. The same is true in Bely Bor in the West Pomeranian Voivodeship – there is also a similar complex of schools, a Greek Catholic church and a huge monument in the form of the head of Taras Shevchenko. There are also Polish-Ukrainian schools in Legnica, Bartoszyce (Warmian-Masurian Voivodeship), as well as in Przemysl. This shows the dispersal of the population of Ukraine.

This dispersal made it difficult for the Ukrainian minority to organize themselves and participate in political activities. By contrast, the Belarusians in the Podlaskie Voivodship are a close-knit group, and perhaps that is why it is easier for them to elect their own deputies – their representatives, as a rule, ran on left-wing lists (for example, Eduard Chikvin or Yan Sychevsky), even if they were Orthodox activists.