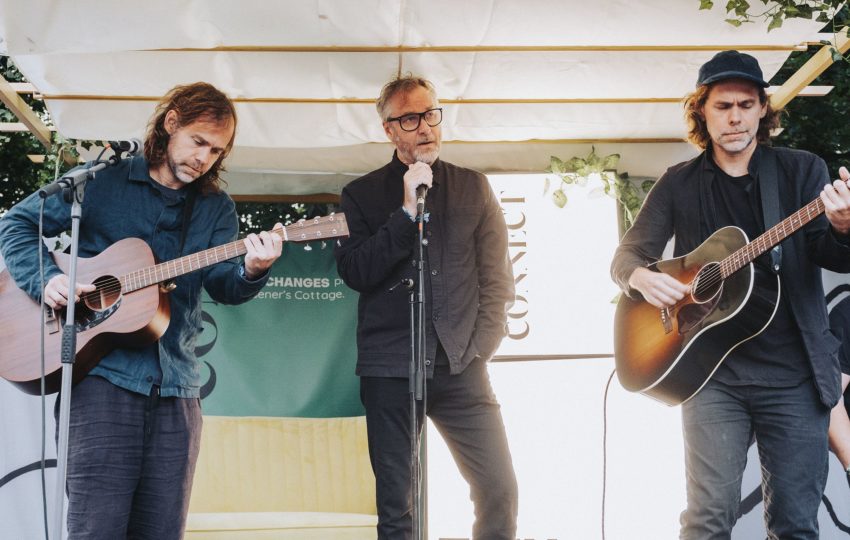 The National played a secret acoustic surprise set at the Connect Festival in Edinburgh in memory of Frightened Rabbit’s Scott Hutchison – see footage below.

Yesterday (August 28) festivalgoers were alerted to the message “Secret set added – 7:45pm at Tiny Changes x Gardeners Cottage” and soon discovered that The National’s Matt Berninger, Aaron Dessner and Bryce Dessner were performing at the Scottish festival. a new stage to pay tribute to their late friend.

The festival headlining band played “Sorrow” and “About Today”, telling the audience of the last track, “Whenever we play this, we think of Scott” and singing the lyrics, “Today… You were away… and I… Didn’t ask you why“.

Tiny Changes x Gardeners Cottage was created at the festival in conjunction with Tiny Changes, a youth mental health charity established in memory of Hutchison, who committed suicide in 2018.

It is Scotland’s first national child and youth mental health charity and raised over £4,500 over the festival weekend.

Scott performed at the original Connect Festival in 2006 on a similar stage.

Aaron Dessner of The National said, “Thank you so much, it’s a pleasure to support Tiny Changes. Scott was a very close friend of ours, and like you guys, we were big fans of Frightened Bunny.

“We were devastated when he left. This charity is amazing and we want to do everything we can to raise awareness about mental health because we all struggle with it.”

Kara Brown, CEO of Tiny Changes, said: “National’s performance on Tiny Changes’ first stage at the Connect Festival – a stage similar to the one Scott played on in 2006 – is something we will remember forever and is the perfect ending to the incredible weekend. live music, helping young minds feel better.”

DF CEO Geoff Ellis added: “A grant from Frightened Rabbit asking The National to host a secret set at our Tiny Changes Gardeners Cottage is what the Connect festival is all about – a completely unique experience and recognition of friendship and connection.

FOR HELP AND ADVICE ON MENTAL HEALTH: