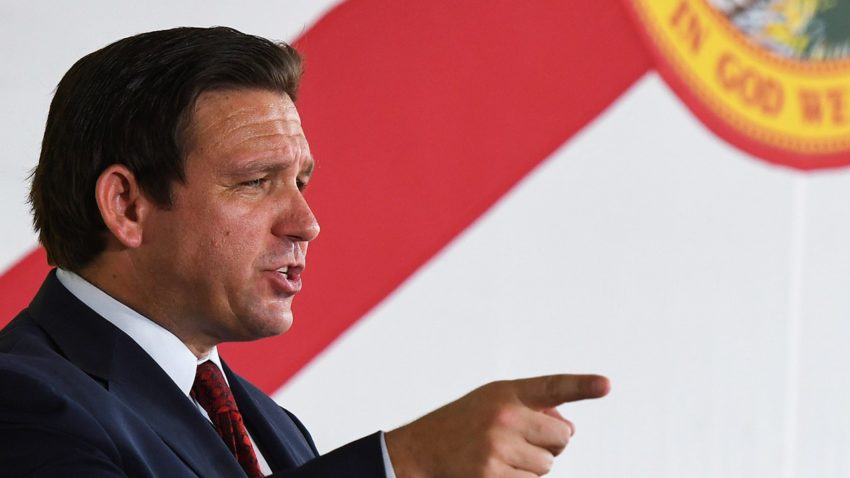 Governor of Florida Ron DeSantis Suspended four elected members of the Broward County School Board on the recommendation of a grand jury that was asked to inspect Parkland School’s fences following the 2018 mass shooting.

“It is my responsibility to remove people from office when there is clear evidence of incompetence, dereliction of duty, misconduct, or malfeasance,” Governor DeSantis said in a statement. These board members “have shown a pattern of encouraging unacceptable behavior, including fraud and mismanagement,” the statement said.

A grand jury found that board members mishandled a multi-million dollar bail that was approved by voters in 2014 to improve safety and repair schools. The Governor’s statement cited the grand jury’s finding that students continue to study in “unsafe, aging, dilapidated, moldy buildings that should have been renovated years ago” in their explanation for the suspension.

The grand jury’s final report also said that the safety-related alarm at Marjorie Stoneman Douglas High School could have saved lives during the 2018 tragedy, but “was and remains such a low priority that it remains uninstalled in many schools.”

DeSantis fires four board members: Patricia Good, Donna Korn, Ann Murray as well as Lori Rich Levinson. Rosalind Osgood was also mentioned, but he is no longer a member of the school board and “therefore is not subject to the governor’s executive powers to remove him from office,” the statement explained.

On Friday, Levinson called DeSantis’ suspension “political retaliation”: “What country is this? What Governor DeSantis did is un-American and undemocratic. He doesn’t care about democracy and has overturned the will of the voters.”

DeSantis appointed four new school board members to vacant positions; move that Politico said he would give Florida’s “Republican governor new allies in the Democratic district.”

February 14, 2018, 19 years old Nicholas Cruz opened fire with a semi-automatic rifle at his former high school in Parkland, Florida, killing 14 students and 3 staff members and injuring 17 others. In October, Cruz pleaded guilty to 17 counts of murder and 17 counts of attempted murder. His trial began on July 18 – the jury has not yet decided whether he faces the death penalty or life imprisonment.

The grand jury was formed in February 2019, a year after the massacre. The grand jury finalized the report in April 2021, but it was kept under wraps until last week.