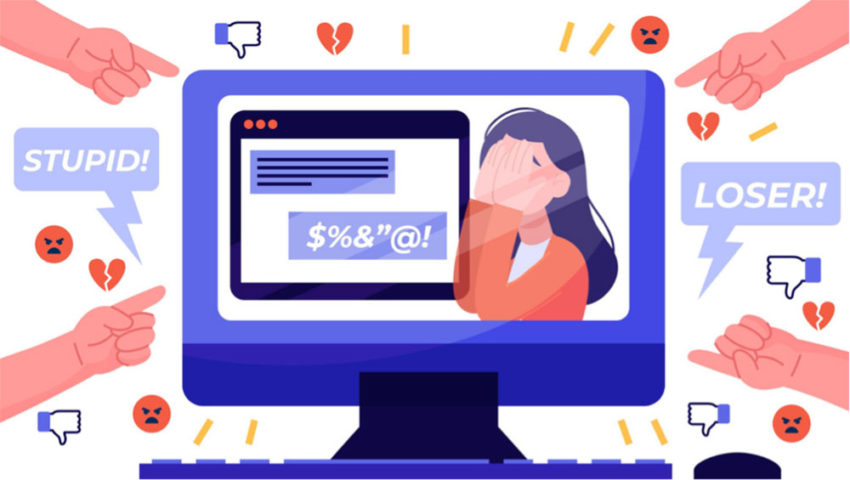 What do young people say

As one of the judges for the Golden Youth Award Innovation Challenge 2022, I had the opportunity to speak with the top 20 of the 20 Dzongkhags for the award last week. The innovation challenge required talking about some of the challenges we face as a nation or society. The candidates talked about all the usual issues that we as adults usually talk about, such as youth unemployment, waste issues, climate change, substance abuse, brain drain, etc., but some of them also mentioned cyberbullying as a new problem. They said that cyberbullying is happening as young people spend a lot of time online, social media or gaming platforms these days.

So what exactly is cyberbullying?

Cyberbullying is another form of bullying. This happens through calls or messages on digital devices such as cell phones, computers and tablets. While physical bullying or traditional bullying occurs when the victim is in physical proximity to the bully, cyberbullying can occur even when you are in the comfort of your own home. The bully may threaten or humiliate you by sending text, picture, video, or voice messages.

According to the U.S. government-run website stopbullying.gov, “Cyberbullying can occur through SMS, text messages, and apps, or online on social media, forums, or games where people can view, participate, or share content. Cyberbullying includes sending, posting, or spreading negative, malicious, false, or offensive content about someone else. This may include sharing personal or private information about someone else that is embarrassing or humiliating. Some cyberbullying crosses the line into illegal or criminal behavior.”

Trolling and trolling is another common term kids use these days when talking about the bad guys they meet online, especially on gaming platforms. So what is it? Is this the same as cyberbullying?

According to webwatcher.com, a website that sells products to help parents protect their children online, trolling includes controversial or offensive statements to gain attention and cause controversy, while cyberbullying is more targeted. Cyberbullying is an attempt to harm a person or group of people. However, there can sometimes be a very fine line between the two.

Below are some examples of cyberbullying. Some may not seem very risky. However, if the cyberbullyer continues to taunt the victim for a long time, it can have serious consequences for the victim’s mental health.

At a school picnic, Dorji takes an embarrassing photo of a girl. He then posts the photo on Facebook and sends it to all the other students. Then the photo is distributed. Now it can never be completely erased from the Internet.

b) Chasing other players in online multiplayer games

c) Sending angry texts or instant messages to anyone

Dorji sends a message to Pema telling her how fat she is.

Dorji calls Pema from an unknown phone number and tells her that he knows a secret about her (fictitious or real) and is going to tell everyone.

Dorji hacks into Pema’s Facebook account and sends obscene messages to some of her male friends who think Pema is doing it.

f) Being rude or mean to someone in an online game

Dorji and Pema are playing an online game and Pema is falling behind. Dorji calls her a dumbass with no skills.

g) Spreading secrets or rumors about people on the Internet

Dorji makes up a story about seeing Pema with a boy late at night in the city. It is shared with a group of friends on Messenger.

h) Pretend to be someone else to spread hurtful messages online.

Dorji creates a new social media account with a photo of Pema’s friend, Dawa. He chats with Pema says that he is really her friend Dawa and tries to get her personal information.

In the real world, the person you see in front of you is the person he or she is. At least physically. But on the Internet, another person can pretend to be anyone. Let’s say Lhamo, a 15-year-old girl, meets a stranger named Dendup online. Dendup has a picture of a cute boy as his avatar and says he is also 15 years old. Could Lhamo believe him? No, she shouldn’t. He could be a 30-year-old man pretending to be her age to get her attention.

b) Do not disclose personal information

In Bhutan, people generally do not have a sense of privacy on the Internet. They share everything. But this can be very risky.

All social media platforms there are privacy settings that you can be corrected. Make sure your privacy settings are set to maximum security so that unwanted strangers can’t contact you or see what you post.

Choose a strong, hard-to-guess password for all your social media accounts and change it often. Do not write it down in a place that others can see.

Your own online behavior should be decent and kind to everyone. Other people experience the same feelings as you, even when they are online. Even if the trolls are trying to provoke you, just ignore them and move on. If they get pushy and become cyberbullies, talk to your parents, teachers, or trusted relatives.

What to do if you have been cyberbullied?

In case of trolling or cyberbullying, try to remain calm and do not provoke them further. Instead, take a screenshot of the messages to keep as evidence of the incident. If it’s a voice, picture, or video message, save it to your phone or computer. Then talk to your parents, teacher, or other adult you trust. If necessary, seek advice from them to report it to the police. If the bully is from the same school, discuss whether the principal can be reported. Even if the bully is from another school, your teachers and principal can help report it to his school.

What does Bhutan’s law say about cyberbullying?

Cyberbullying as a crime falls under the Bhutan Information, Communications and Media (ICM) Act 2018 as well as the 2004 Penal Code of Bhutan.

Section 426 of the ICM Law 2018 states: “A person who knowingly engages in any form of abusive communication with an ICT device, apparatus or system shall be found guilty of online harassment and liable for a misdemeanor offense and may be required to pay compensation to the victim for damages, as determined by the court.”

Article 462 of the 2004 Bhutan Penal Code states: “A defendant is found guilty of harassment if the defendant behaves in such a way that that person causes a reasonable fear of emotional or mental distress.”

There are so many websites out there with information about cyberbullying. But I found the following two to be the most complete and helpful.

There is a lot of useful information about cyberbullying and preventive measures on this site, which is operated by the US government. Website URL: https://www.stopbullying.gov/

2. Netsafe episodes 1 to 18 Planet in a Nutshell on Youtube

It contains 18 videos, each about 2.5 minutes long, that explain in detail the important aspects of cyberbullying. The videos are intended for children in grade 3 and above. I highly recommend you get your kids to watch them if they spend a lot of time on the internet.