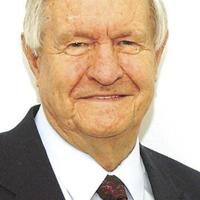 If you have a fairly large backyard, have you ever taken the time to start an inventory of the various wild animals that call your property home? This may include animal life such as insects, birds, mammals, spiders, etc. Even if you live in a city, you might be surprised by what lives near your home.

I do this all the time since we live in the countryside and have a pond and woodland and a big yard. My list is now quite long with various species also calling our property home.

Even in a big city like Los Angeles, there are many different types of animals that can be found even in the main part of Los Angeles. A recent report from the Los Angeles County Museum of Natural History shows the diversity of life, including the very exotic, found within the city.

You may not find exotic species native to Los Angeles right now, but I’m sure you’ll be surprised at what you have. Start next spring and check back every few weeks to see what you can find.

The Los Angeles list now includes large mammals such as mountain lions, black bears and deer, which I’m sure you won’t find near home. Well, deer appear in many places near houses, and my list includes many deer sightings.

Brown Widow, a native of South Africa, appeared in 2002 in the schoolyard. A small child saw a strange looking spider and tried to catch it to show the teacher. It turned out that the brown widow found a great home in warm southern California. It seems that some of them arrived in containers imported from Africa and quickly multiplied and spread. They nearly wiped out the local black widow and can be found both indoors and outdoors. In fact, the main place to look for this spider is in or around outdoor furniture, where they have a good chance of coming into contact with humans, and this has led to an increase in toxic spider bites.

The brown widow, unlike the black widow, can breed all year round, while the black variety only breeds in summer. This allowed the brown widow to increase in numbers and displace the black widow. This is not good because brown is more poisonous than black. Now another species, also venomous, the false widow has moved into the Los Angeles area and appears to be increasing in numbers.

The Indo-Pacific gecko is native to Southeast Asia and was first seen in Florida and Hawaii a few years ago. Since both of these states send a lot of nurseries to California, it was only a matter of time before a few of these lizards made it to some of the plants that were shipped to the Los Angeles area.

The Indo-Pacific has now been found in both warehouses and homes where it likes to hide behind water heaters and refrigerators where it can survive the winter as they like a place that is both warm and humid.

Another animal, the chrysalis snail, is native to Europe, where it has become quite rare. Somehow, some of them ended up in British Columbia, Canada, where they found a good home and spread from there along the west coast to California, where they also do very well. In fact, there are now more of these little snails in Canada and the United States than in their native homeland.

Do you think it’s impossible for you to find an exotic species at home? A few years ago, we discovered a wandering spider in our basement, originally from South America.