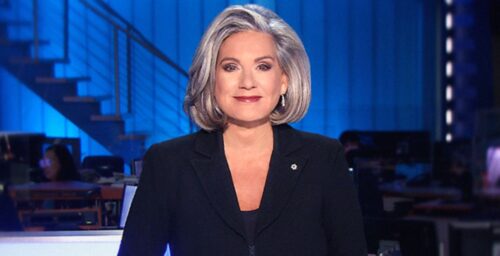 Readers of the Globe and Mail on Saturday may have noticed an unusual advertisement, an open letter urging Bell to fire Lisa LaFlamme.

The letter was published in the newspaper as an advertisement and was signed by prominent and famous Canadians.

From artists like Sarah MacLachlan, Ann Murray and Yann Arden to human rights activists like Romeo Dallaire and heavyweights in Canadian journalism and publishing, there are over 70 names on the list.

LaFlamme was the first to open up about her departure from Bell in a video posted to social media in mid-August. She said she was “dazzled” by the company, which let her go because of a “business decision”.

Since then, Canadians have rallied behind LaFlamme and were quick to criticize Bell Media for its handling of the situation.

From brands like Wendy’s and Dove to CTV alumni Lloyd Robertson and community members who have signed petitions, LaFlamme, who hasn’t publicly responded to any subsequent backlash since her first video, is not alone.

Now, an open letter addressed to the board of directors and management of BCE and Bell Canada calls on Bell to “finally get things right.”

“Bell Media’s business decision to fire CTV national news anchor Lisa LaFlamme in the prime of her career … strikes at the very heart of not only who we are as Canadians, but who we aspire to be,” the letter said.

“By making his ‘business decision’, Bell confirmed one sad truth: even with all the progress women have made, they continue to face sexism and ageism at work on a daily basis, which is unacceptable.”

The letter points out that the problem is not only the initial dismissal, but also how the company reacted to its mistake.

“And here Bell failed a second time,” the letter says.

The letter accuses Bell of undermining the confidence of Canadians and urges them to act.

“Bell, what is your plan, what are you going to do to restore that trust and make things right? What will you do not only for Lisa, but for all of us?”

In an open letter, prominent Canadians call on Bell to “make things right” for LaFlamme and the public https://t.co/gr1TJVVP2G.

As for Bell, chief executive Michael Melling is “taking a leave of absence” following LaFlamme’s firing.

Company CEO Mirko Bibic announced an upcoming “workplace review” and denied that LaFlamme had been discriminated against.

“They say that Lisa’s age, gender or gray hair influenced the decision. I am satisfied that this is not the case and wanted to make sure you heard it from me,” he wrote in a LinkedIn post on Friday.