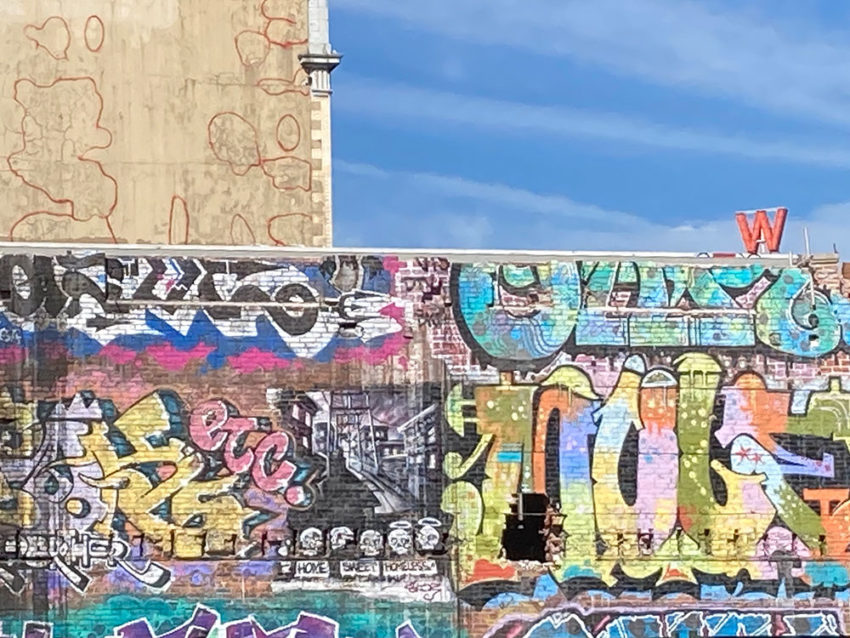 [Editor’s note: Life in the Downtown Eastside has been intense this summer. Fire, violence and displacement have been prominent in the neighbourhood over the last few months. In addition to the ongoing work of our staff reporters covering the neighbourhood, we’re keen to see what’s happening through the eyes of local residents.

Yesterday, we published a piece by Nicolas Crier. Today, we’re publishing a piece by Julie Chapman, who for nine years was on the board of Sex Workers United Against Violence and joined Crier as one of the inaugural recipients of the Megaphone and Read Mercer Entrance Award at Langara College this past school year.]

My name is Julie Chapman and I am a journalism student. I use pronouns she/her. I was born and raised in Vancouver. I grew up in the Kitsilano area and graduated from Kitsilano High School.

Announcements, events and more from Tyee and select partners

We are testing audio versions of our work. Tell us what you think!

I have lived, volunteered, worked and played in Vancouver, in the heart of the Eastside, for over 20 years. For thirteen of those years I lived at the Woodwards Social Home on Hastings Street between Abbott and Camby. Before moving to Woodward, I was one of the “Woodsquatters” advocating for the rights of members of our community, advocating for the construction of low-income housing on the Woodward site.

For the last 10 years I have been riding a scooter. As a woman in DTES and having mobility issues, I am always worried about keeping myself healthy and safe.

When I leave Woodwards, I don’t have to go far to be in the middle of the street scene. By that I mean tents, makeshift shelters, people trying to sell their personal belongings for cash, street drug dealers, and people just hanging out on the streets. Over the past few months, I have noticed that there is more tension in the air than usual. People are quicker to lose patience and get irritated by what seems trivial.

When I’m in the area, I see people who look like they’re having a hard time and are struggling. The lack of, or lack of, safe, clean and affordable housing is, in my opinion, the root of many of the problems people currently face in DTES.


What is it like to live on the streets

When I was homeless for four years, I was lucky enough to meet a friend who was homeless by choice and offered to stay with me and watch my back. Being alone on the street is dangerous, especially if you are a single woman. At the time, my friend and I kept our blankets and other personal items in a shopping cart outside the drop-in center, which we used to get cheap hot meals, hot showers, and laundry.

After the center closed for the night, my friend would take out all of our bedding and blankets and lay them out on top of the wheelchair ramp in the corner, where there were extra walls to keep us out of the weather. He used layers of cardboard as a base to insulate us from the cold ground. He used blankets to make the bed more comfortable.

In the morning, the first thing we had to do was get up and put away all our bedding and blankets, and clean the room and prepare it for reuse by the members of the center. It was hard to do it every day.

More youth in the area

I’ve noticed over the last year or so that there are younger kids in DTES. Some of the youth looks to be at most 14 or 15 years old.

It makes me wonder how this youth ended up here. I feel like part of the reason they took to the streets is because the last youth detox center in Vancouver closed its doors for good in May 2022.

A new system or model will emerge that will be more friendly to opioid disorders. However, it will take at least six months before new youth detox centers become available and operational. How many at-risk youth will be sacrificed in that time frame? 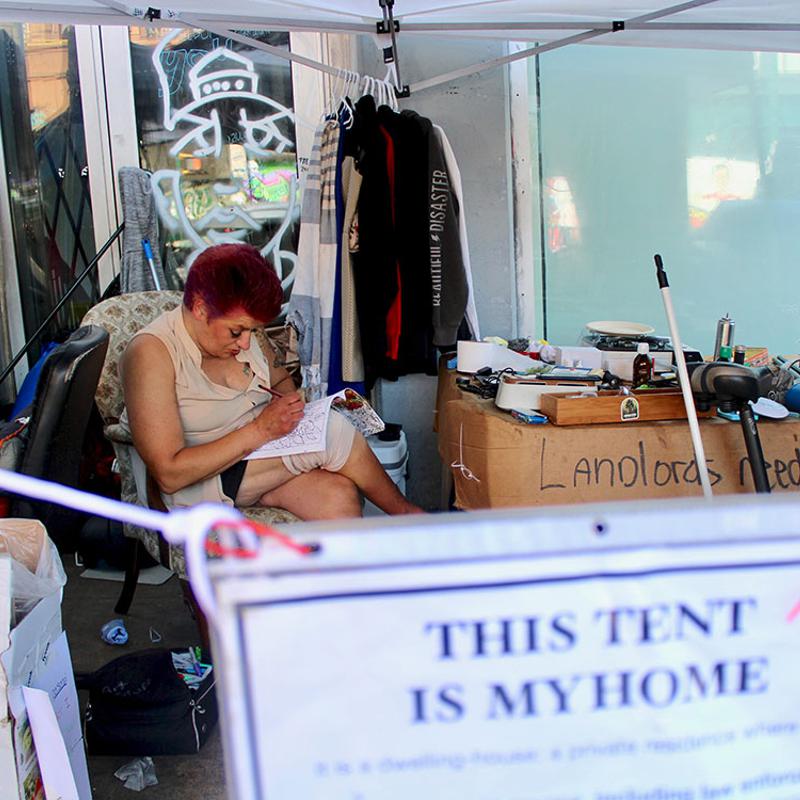 “We are people too.” Inside the crisis in East Hastings

One is too many. This youth is our future of what is to come. Helping them when they are young and can still be part of positive change is important and necessary.

Fear of violence and seeing the uneasiness that my community feels whenever the police are present in our area does not benefit anyone. It seems to me that the police are using community fears as a weapon to try and control the situation. It appears that the VPD has no compassion for anyone they interact with in DTES.


No affiliation, no support

The worsening tragedies of boarding schools, the ongoing overdose crisis, individual personal injury and the housing crisis have left many people feeling displaced and without positive support or housing. 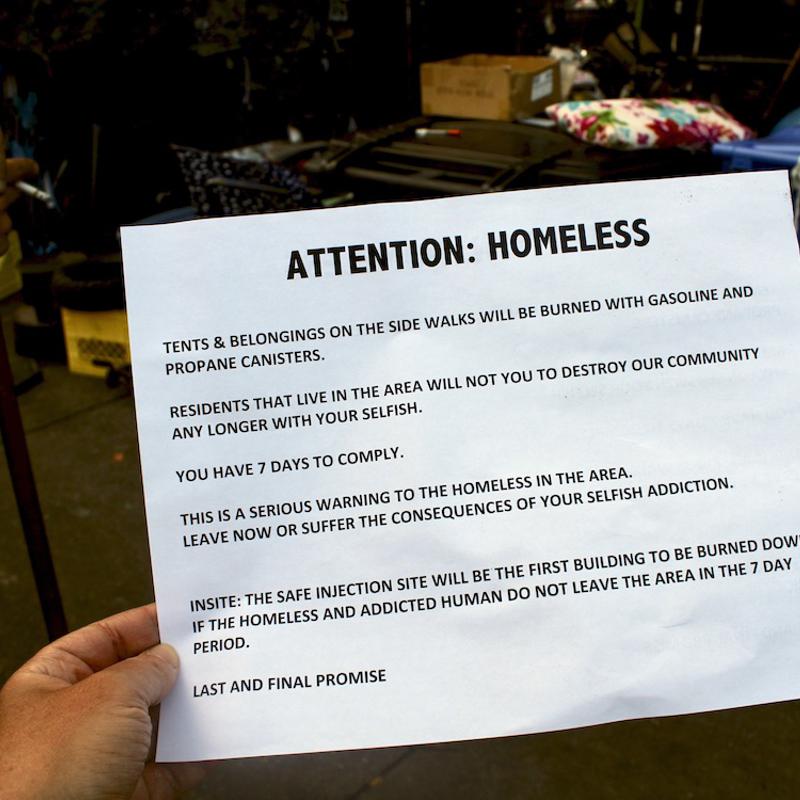 Finding accommodation that will be suitable for every person is difficult. One person may need a home with additional supportive services, while another may be more suited to a more independent type of home. Even if every one of the Hastings tent city gets a place to live, it won’t necessarily be the best place for that person. But at least it’s a starting point. They will no longer be on the street and will be able to use resources and get help in finding more suitable housing for them.

No matter how you look at it, the fact of the matter is that we do not have enough housing in DTES. There are empty buildings that could accommodate many. For example, there is a large empty building at the corner of Gore and Hastings streets. There should be an immediate recommendation from politicians for the city to start building housing that will be available as soon as possible, not in two, three or more years.

I also feel that stigma still gets in the way of how people are treated and judged. They say you have to walk a mile in someone’s shoes to find out how they really feel, so why not be compassionate, patient and understanding towards everyone?

If people would try to change the way they look at people, rather than judging them by their looks, their mental health issues, their past, then maybe we could make this world and city a better place to live.