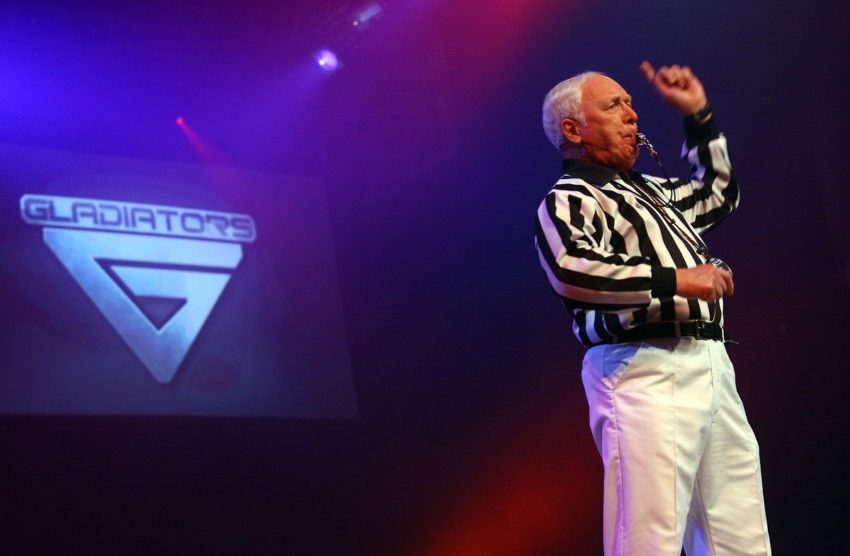 Gladiators was a huge hit when it first aired on UK TV in the 1990s and now the series is back on the BBC.

The BBC has announced the return of one of the most popular game shows in the UK.

Gladiators are about to return to the screen and will pit “superhumans” against each other in a series of grueling physical tests.

The show was relaunched by Sky in 2008, but viewers are looking forward to seeing the next generation of gladiators take on each other, including going head to head on the iconic The Eliminator obstacle course.

Kate Phillips, the BBC’s script director, said: “The Gladiators are back and a whole new generation of viewers can now look forward to Saturday night like no other.

“Will the rivals have the will and skills to defeat our mighty new gladiators? You’ll have to tune in to find out.”

Here’s everything you need to know about the latest reboot.

Gladiators is returning to television, two decades after they last graced our screens. (Credit: Getty Images)

Who will play in the Gladiators reboot?

Several notable names have appeared in the series, including pretenders Jet, Nightshade, Trojan, and the Hunter.

The gladiators were also able to recruit some of the UK’s most successful athletes to compete on the show, with Olympic medal winning swimmer Sharron Davis starring on the show as the Amazon in the original series.

Therefore, fans can expect elite athletes to make these goals a reality.

However, the BBC has so far remained silent on the cast for the new reboot.

Where will the Gladiators be filmed?

The original run of the show from the 90s was filmed live at various locations in the UK including Wembley, Sheffield and Birmingham.

The reboot will be filmed at Sheffield’s Utilita Arena with filming set to take place in 2023.

The 90s show is as famous for its hosts as it is for its rivals.

In the 2008 Sky reboot, Kirsty Gallagher and Ian Wright teamed up.

The BBC has yet to name the hosts for the upcoming series.

When will the Gladiators reboot be on TV?

Upon release, the new series will be shown on BBC One and BBC iPlayer.

There’s no confirmed release date yet, although since filming will take place next year, we can predict it will likely hit theaters in mid-to-late 2023.

The shows will be produced by Hungry Bear Media and MGM Television UK.

Scot Crew, Executive Vice President of Global Formats and Unscripted Content at MGM Television, said: “Gladiators is a format that resonates with viewers around the world.

“We are thrilled to bring this esteemed series to the BBC and can’t wait to introduce our British gladiators.”

Dan Baldwin, Managing Director of Hungry Bear, added: “This is the perfect time for the Gladiators to return.

“What other show combines electric excitement, superheroes, giant spongy fingers, elite athletes and a pinch of pantomime? Follow the next generation of superhuman superstars to your screens on BBC One and iPlayer.”