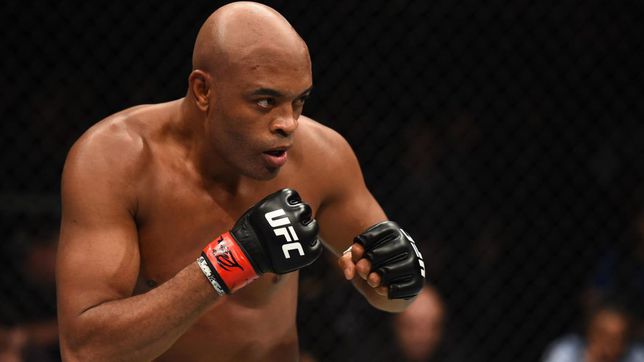 With the recent cancellation of Jake Paul’s last two scheduled fights, it looks like the YouTuber has found his next opponent. The fight is reportedly scheduled for October, and the man in the other corner is not a seasoned boxer, but he has been one of the biggest stars in the world of mixed martial arts for about a decade.

The younger of the Paul brothers was originally supposed to fight Tommy Fury, the British reality TV star and half-brother of heavyweight champion Tyson Fury. The August 6 fight was canceled in early July due to Fury having trouble getting his visa and being denied entry to the US.

Another fight was scheduled with Hasim Rahman Jr., but Rahman did not make the weight for the scheduled weigh-in, although he maintains that the cancellation of the fight was not his fault.

The next contender will be Brazilian mixed martial artists and UFC legend Anderson Silva, who reportedly agreed to fight Paul in October. Silva has been in the UFC headlines for nearly a decade as he made his way through the Middlewhite class.

Silva is one of the best UFC fighters.

He held the middleweight title for eight consecutive years from 2006 to 2013. and during that time won 16 fights in a row to hold the belt for a UFC-record 2,457 days.

He was an expert in both Muay Thai and Taekwondo, as well as a fantastic boxer. He was a versatile guy who could knock out an opponent with a left hook just as easily as some of the best grapplers in the world.

Silva made his debut in the boxing world long before he became a UFC star. His first fight was in 1998 when he entered the ring against Osmar Luis Teixeira in Brazil. This would be his first and only loss in his professional boxing career as he lost by TKO in the first round.

He then put all his efforts into mixed martial arts in the Pride Fighting Championships and Cage Rage. His next boxing match did not come until 2005, a year before he began his middleweight reign in the UFC. His second fight was against Julio Cesar de Jesus in Salvador, Brazil and “Spider” Silva won the heavyweight fight.

The Brazilian will wait another 16 years before returning to the ring. By 2021, he has already completed his storied UFC career and put on the gloves for his third professional fight. He defeated Julio Cesar Chavez Jr. by split decision after eight rounds at Jalisco Stadium in Guadalajara, Mexico.

Later that year, Silva would face another UFC legend, Tito Ortiz, in the ring. The two met in a heavyweight match and Silva knocked out Ortiz in the first round, improving his record to 3-1.

There is no official date yet for the fight with Paul, but it will surely be one of the most anticipated fights of Paul’s career. Paul is 5-0 since turning pro after defeating Ali Eson Gib, Nate Robinson, Ben Askren and Tyron Woodley twice.