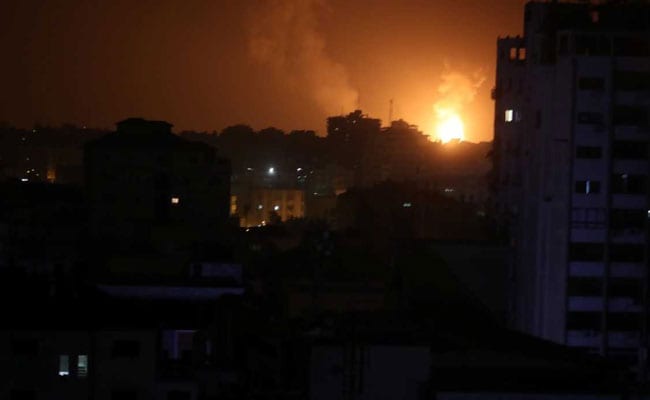 Two U.S. airstrikes in a few days this week, targeting groups in Syria believed to be Iranian-backed, have raised questions about the actors involved and the tensions fueling the outbreak.

The violence took place in the eastern province of Deir ez-Zor, which is bisected by the Euphrates River, where patchworks of rival forces sit on opposite banks.

AFP is unpacking a deployment to a porous area on Syria’s border with Iraq, where the United States and its Iranian-backed rivals operate in close proximity.

Where are US forces based?

The Kurdish-led Syrian Democratic Forces, or SDF, the de facto army of the US-backed semi-autonomous Kurdish administration, controls areas east of the Euphrates.

The SDF seized territory there following successive US-backed campaigns against the Islamic State, which they declared defeated in the eastern Syrian village of Baghouz in 2019.

US-led coalition forces that entered Syria in 2014 to fight ISIS have set up bases at the Al Omar oil field, the country’s largest, and the Konoko gas field, which are located on the east bank of the Euphrates.

American personnel are also stationed in the Kurdish-controlled Al-Hasakah region in northeastern Syria and in the northern province of Raqa, also under Kurdish control.

In 2016, they set up a remote base in the strategic Al-Tanf area in southern Syria, close to the borders with Jordan and Iraq.

How big is Iran’s influence?

The Iranian-backed militias have supported the Syrian regime’s fighting forces under President Bashar al-Assad since the outbreak of the war in 2011.

The border region is a key segment of the route through which pro-Iranian armed groups are moving fighters, weapons and even consumer goods between Iraq and Syria. This is one of their most prized places.

About 15,000 pro-Iranian fighters from Iraq, Afghanistan and Pakistan are deployed in Deir ez-Zor, according to a Syrian human rights monitor.

Kataeb Hezbollah, a pro-Iranian group operating under the umbrella of the Iraqi network of Hashed al-Shaabi militias, is one of the best known. Iraqi units in Syria also include the Imam Ali Brigades and Sayyed al-Shuhad Brigades. Together with Kataeb Hezbollah, these forces are known to have particularly close ties to the Iranian guards.

Iran’s ally, the powerful Lebanese Shia movement Hezbollah, has also sent advisers and commanders to the region since it officially announced its military support for Assad in 2013.

Shiite Afghan militias from the Fatimid Brigade and Pakistani fighters from the Zainabiyoun Brigade are also stationed in Deir ez-Zor, according to the UK-based Observatory.

According to the Observatory, the Fatimid Brigade is considered one of the largest pro-Iranian groups in Syria and, along with the Zainabiyoun Brigade, has been under US sanctions since 2019.

Thousands of Syrians are also on the payroll of Iran and have joined local militias in Deir ez-Zor.

The volatile region, which contains some of Syria’s most significant oil fields and gas plants, has been at the center of outbreaks between Iran and its American and Israeli rivals.

Last January, more than 50 members of the Syrian regime and Iranian-backed allies were killed in Israeli strikes in eastern Syria.

The observatory reported that six militants were killed in the strikes.

They arrived in response to an August 15 drone attack on a coalition outpost that resulted in no casualties. Iran denies any connection to the target groups.

This followed rocket attacks on bases housing US personnel in Al Omar and Konoko, in which three US service members were slightly injured.

(This story has not been edited by NDTV staff and is automatically generated from a syndicated feed.)