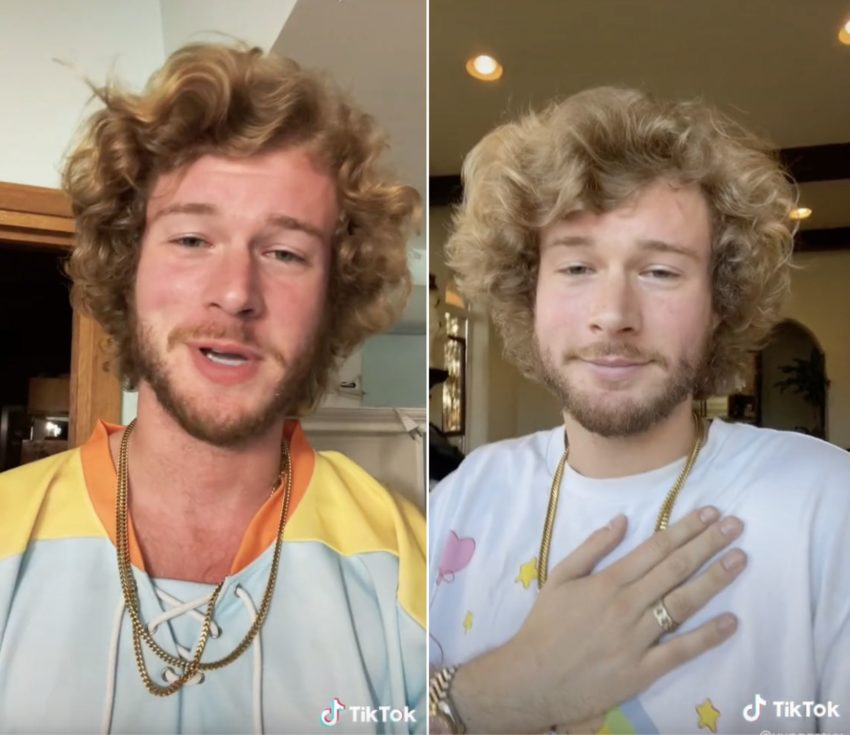 After the 2022 MTV Video Music Awards, the Internet is wondering: who is Yung Gravy? Better yet, why was he pictured making out with mom Addison Rae?

The rapper performed his latest single “Betty (Get Money)” at the pre-show ahead of the awards show. He also walked the black carpet with Sheri Nicole Easterling, mother of actress and TikTok superstar Addison Rae. It’s no wonder people wanted to know exactly what was going on when they saw the couple lock lips in matching lilac outfits.

Who is Yung Gravy?

Matthew Raymond Howry was born on March 19, 1996. He is currently 26 years old and hails from Rochester, Minnesota. His father is from Switzerland and Jung Gravey holds dual Swiss-American citizenship.

While in college, he started uploading his rap songs to SoundCloud for entertainment. In 2017, his song “Mr. Clean” went viral and has since been certified platinum by the RIAA. He has 6.5 million followers on TikTok.

Why was Yung Gravey with Addison Rae’s mother at the VMAs?

“We met online and hit it off immediately,” Jung Gravy explained on the VMAs black carpet. “I like mommies and she’s kind of a mommy queen, so I thought they were just the perfect couple.”

The couple turned their heads as they kissed each other on the lips in front of the cameras. MTV tweeted footage, speaking“There’s always a lot of kissing at the #VMAs.”

Easterling split from her husband Monty Lopez in July. There were rumors that Lopez was having an affair. She has since updated her Instagram bio to include “single mom.”

The couple have been flirting on TikTok since July. For example, Easterling edited a video of a rapper for a hilarious parody.

Yung Gravy performed at Jeff FM podcast earlier in August and explained that he would be going on a date with Easterling soon. So we can’t be too surprised that they’re now making public appearances together. As for Addison Ray, she didn’t attend the VMAs this year.

More from In the know:

Dad faces backlash for his ‘crazy’ reason for ignoring daughter’s hobbies: ‘It’s not just about you’

Listen to the latest episode of our pop culture podcast, We Should Talk: