Black Panther: Wakanda Forever coming out soon with a great cast including Mabel Cadena who plays Namora. She will make her debut as one of the new characters in the Marvel Cinematic Universe in this sequel to the adventure. After delays due to the Covid-19 pandemic, the film will release in the coming months. 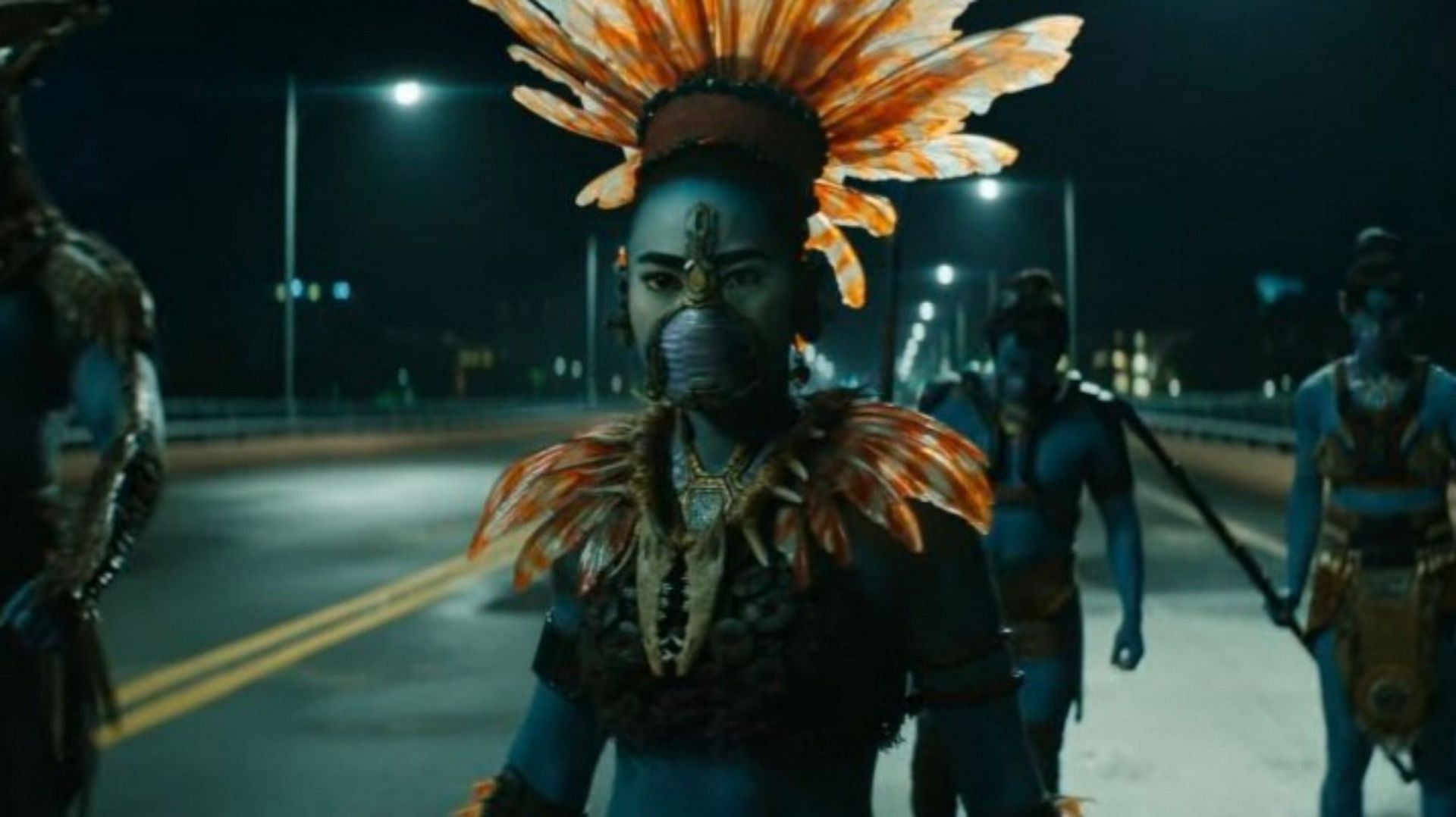 Namora has made several appearances in various media. However, this will be her first appearance on the big screen. This character appeared in the golden age of comics as a hybrid mutant with many powers that brought her to the attention of Marvel, hence her return.

Namora stands out as a new Marvel character with a story to tell. The daughter of a surface woman and an Atlantean man, Aquaria Neptunia is her real name. She takes the name Namora, after her cousin Namor Mackenzie, when her father dies at the hands of treasure-hunting surface dwellers. Aquaria now refers to herself as “Avenging Daughter”, which in Atlantis means “Namora”, as does “Namor”, “Avenging Son”. She became her cousin’s companion and they shared countless adventures.

Namora originated in Atlantis. Having spent all of her early youth in the Antarctic capital with her father, she was Namor’s playmate. Years later, Namora and her father moved to a colony north of Antarctica. Absent at the time, Atlantis was involved in many activities on the surface.

By 1946, Namora’s typical Atlantic blue skin color changes to a much more Caucasian hue, showing her father that she possesses a human half. Later, Namora and her father return to Antarctic Atlantis, encountering acts of vandalism that led to her father’s death in early 1947, when the Brockton Gang and Stopp Richards brought outlaws from the surface and invaded Atlantis in search of treasure. 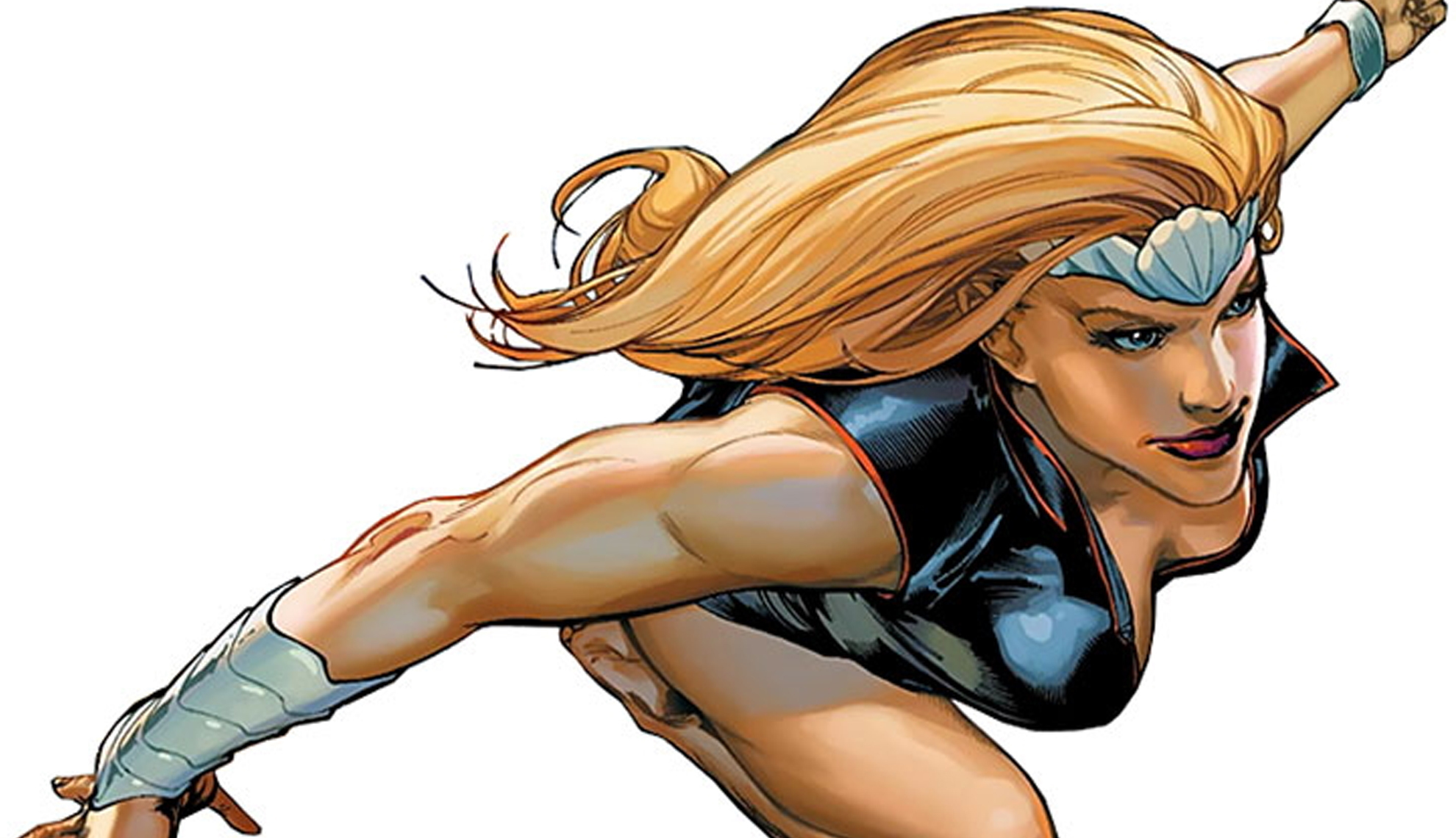 Namor and Namora avenged this death by lashing out at Richards and his henchmen. By that time, Namora had become Namor’s faithful companion in all his adventures, ready to fight against the plans of her cousin Birra and any other criminal from the surface, such as an armed Viking and Doctor Macabre. Namora faced Tu-Ak-Moon’s Mummy-Men and many other threats alone.

Namora married Talan, who was an Atlantean, in 1955. By 1956, when the Monster Hunter adventurers formed, she joined that team, performing some feats and participating in their adventures. By then, her marital relationship with Talan was strained because she was unable to conceive children due to her hybrid nature.

So in 1957, Namora convinced Virra, an exiled Atlantean scientist, to implant a cloned and altered embryo in order to get pregnant. Namora, along with other heroes, accompanies the Monster Hunters on a mission in 1958, attracting the attention of FBI agent Jimmy Wu. The agent invited Namora to join the team of super-strong agents, to which she refused. Despite this, she helped Jimmy retrieve the living M-11 robot from the ocean. Some time later, Namorita, Namora’s daughter, was born. 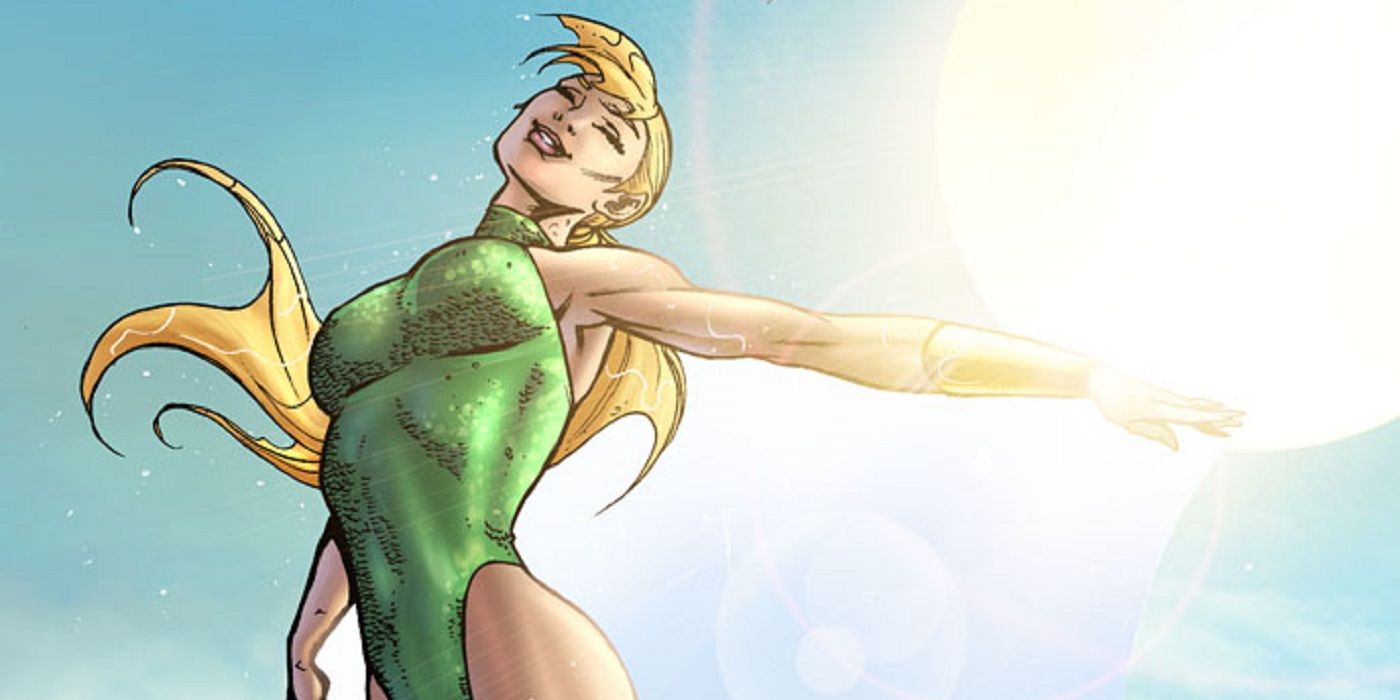 Around the same time, after the fight with Paul Destin, Namor disappeared. Namora dedicated herself to finding him, but to no avail. By 1961, Namora’s family had moved with her to the colony of Maritanis, leaving Atlantis behind. Unfortunately, Talan died shortly thereafter after an atomic bomb test, and Namora left that colony for Lemuria, taking her daughter with her.

A few years later, Namora became attracted to the Lemurian prince Merro, causing Llyra, her power-hungry rival, to poison her. That’s why everyone thought Namora died when Namorita was a teenager. Namora’s body remained in the coffin for a long time until Jimmy Wu began to hunt down the Atlas Foundation. The former FBI agent and his associates began searching for Namora, who was still alive, frozen in some kind of cave in the North Sea. Through this investigation, Namora’s body was saved and brought back to life.

Namora has a warrior personality to fight alongside several Avengers like the Hulk who is trying to stop Thanos with the omic Atlanteans. We can also see her next to Hercules, which connects her to the movie. Thor: Love and Thunderwhere Zeus gives his son a new mission to return power to the gods.

Among Namora’s powers and abilities that stand out are the ability to fly using her ankle wings and superhuman strength as she is a half Atlantean, half human hybrid utant. Her skin makes her nearly invulnerable to projectiles and bullets, unable to pierce and injure her. She swims at superhuman speeds, is immune to cold, can breathe underwater, and can withstand pressure at depth.

Being underwater, she sees much better than any other person. However, she must be periodically submerged in water to maintain these powers and abilities.

Namora’s appearance was varied; here is some of them

Namora appears for the first time in Marvel Comics Mystery Volume 1. 82published in 1947. This comic explained the hybrid nature of this character. She is considered a mutant, which is not typical for Atlantis. This makes this character somewhat similar to Jason Momoa’s Aquaman. 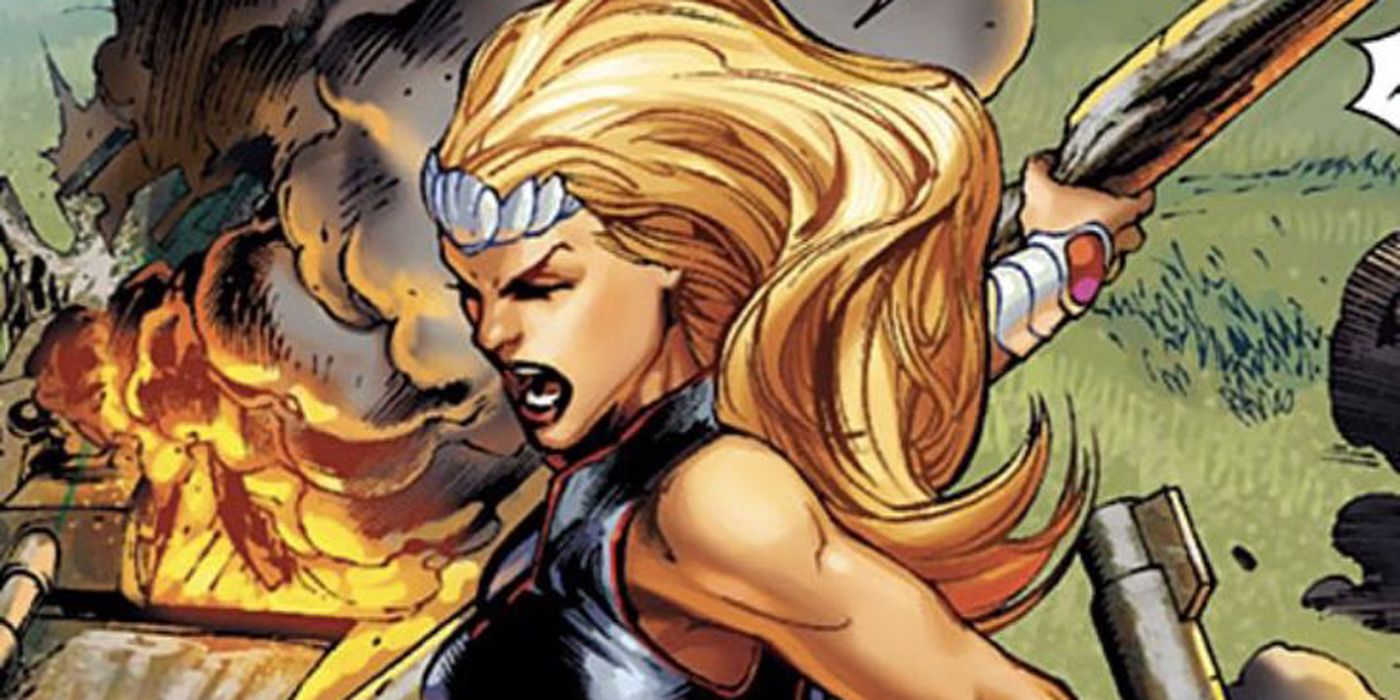 The second time Namora appears in the comics is in Exiles #46 written by Tony Bedard and Mizuki Sakakibara, linking her to the multiverse called Exiles. Thus, she represents Namora’s earthly counterpart, the Sub-Mariner. In this universe, she is one of Charles Xavier’s allies, who is responsible for convincing her not to attack surface dwellers.

When anti-mutant hysteria erupts, Namora kills all of Earth’s superheroes, which becomes much more difficult when she decides to attack Fantatic 4. This is how she managed to conquer the world and rule it for decades.

Black Panther: Wakanda Forever will release in November 2022, promising much more than a sequel. Among the characters we will see Namora, who was introduced to us in the comics as Namor’s cousin.

This character has a style based on the Aztec culture, who is quite a battle-hardened warrior, ready to do anything to protect his people. Contrary to what Marvel told us in the comics, she retains her blue skin, which is different from what we’ll see with Namor. With this different look, Namora will be presented somewhat far removed from what we have seen in the comics, pointing more towards Latin culture and its ancient gods, finding in her plot a mission of revenge that leads her to face the world with her cousin. . Namor.

We are all attentive to what this sequel brings us, this story that seeks to confront two peoples, Atlantis and Wakanda, marked by the sad disappearance of Black Panther in the form of actor Chadwick Boseman.