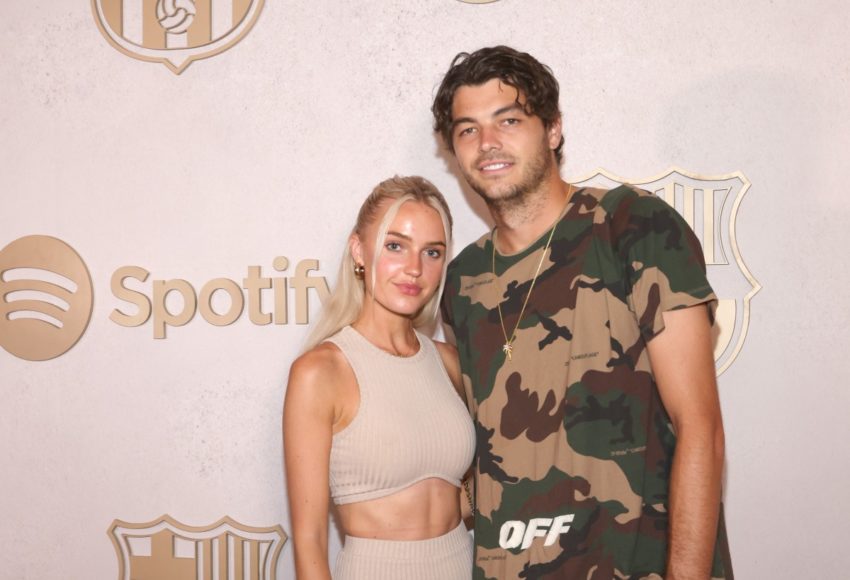 After an impressive performance at the 2022 Wimbledon Championships against Rafael Nadal, Fritz garnered a lot of attention, as did Riddle. During the exciting match between Nadal and Fritz, there were several occasions when the cameras cut off to capture Riddle’s reaction. And thanks to that camera time, she gained another 30,000 followers on Instagram. Here’s more about the athlete’s girlfriend and where you may have seen her before she hit the headlines in London.

How did Fritz and Morgan meet?

They met on Raya, a referral-only dating app. According to Page Six, Riddle, who was not a tennis fan, did not know who Fritz was at the time. She swiped right because “my song was Harry Styles’ Sunflower and his was Post Malone and Swae Lee’s Sunflower.”

When they decided to go on a date, their options were limited as it was during one of the pandemic lockdowns, so they decided to stay at home and order takeout sushi to Fritz’s apartment.

She is a TikTok star

After high school, she went to college and received a bachelor’s degree in English literature. She has served as media director for Games OutReach and has also become a social media star. Riddle has over 100,000 followers on Instagram and over 275,000 on TikTok. She might sound familiar if you’re on TikTok because before Wimbledon, some of her fashion and travel posts with Fritz had racked up millions of views.

Prior to Fritz, Riddle was romantically involved with Hype House founder Thomas Petrow.

Riddle made it her mission to show how “cool” tennis is and how it should be in the US. In February, she posted a video with the caption: “Personal mission to make tennis cool again.”

In the clip, she said, “I’m Morgan, I traveled the world on the ATP tour with my boyfriend who is the #1 American tennis player. I know that tennis is not very popular and unknown in America, so here’s what you should know. Unlike most sports, tennis is a year-round sport, with the exception of four weeks off in December. Players compete in tournaments in 31 countries, in cities such as Dubai, Paris, Shanghai, London, Rome, Cape and many more. What are they playing for? In addition to fame and hundreds of millions of dollars in prize money, players compete for points.

“Each tournament gives a certain number of points, and the better you perform, the more points you get. The more points you have, the higher your rating. And your ranking is basically updated every year. No pressure. Tennis tournaments are not your typical hot dog and beer sporting event, you can expect champagne, strawberries and cream, nobu and being able to wear some really cute outfits.”