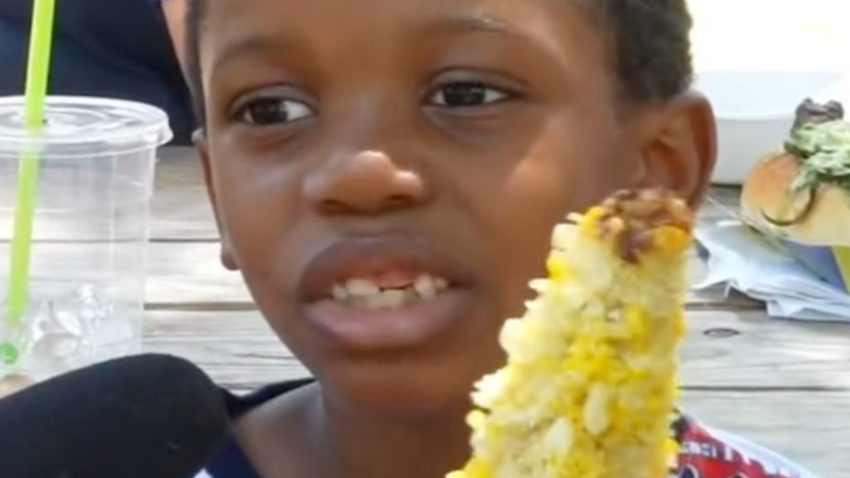 If you are a TikTok user, you have probably already seen the song about corn on the short video sharing platform, know its funny lyrics and who Tariq is.

The song is a reimagining of the answers given by a boy named Tariq during an interview with Recess Therapy in which he was seen eating an ear of corn.

The video quickly went viral due to the child’s love for corn. The video has now turned into a song that has become popular on the Internet. Keep reading to find out how it all started and how the baby went viral.

“This is corn, a big lump with bumps.
He has juice. I can’t imagine a more beautiful thing.
It’s corn, I can tell you everything.
I mean, look at this thing.
When I tried it with butter, everything changed.”

This is TikTok at its finest: an interview with a child who loves corn becomes the song of summer. pic.twitter.com/tX3lBMNgKy

don’t talk to me unless it’s about the tik tok corn song pic.twitter.com/DgH8CX9iDD

The TikTok account @Schmoyoho turned the interview into a song by adding background music and singing. Previously, the viral meme song “Chrissy Wake Up” was created on the account. People started using sound to describe their favorite things in life like food, workouts and cars after the song went viral.

It all started when Julian Shapiro-Barnum spoke to a boy named Tariq who was eating a corncob. He asked the boy what he liked best, and the boy replied, “I really like corn!”

When asked what he likes most about corn, Tariq replied, “Ever since I was told it’s real, it’s delicious!” Then I tried it with butter, and everything changed! It’s incredible. People couldn’t stop smiling while watching the video due to the boy’s clean responses.

Julian then asked Tariq if everyone should eat corn, to which he replied, “No, to be the best, everyone doesn’t have to like it.” You just have to give it a chance. Enjoy a bite! Look at this guy. I can’t think of anything more beautiful. It’s made from corn!”

When asked to describe the vegetable to someone, Tariq replied: “A huge lump with bulges … and there is juice in it.” When asked how much food costs, he replied, “One dollar.” I wish you a corn-butter day!”