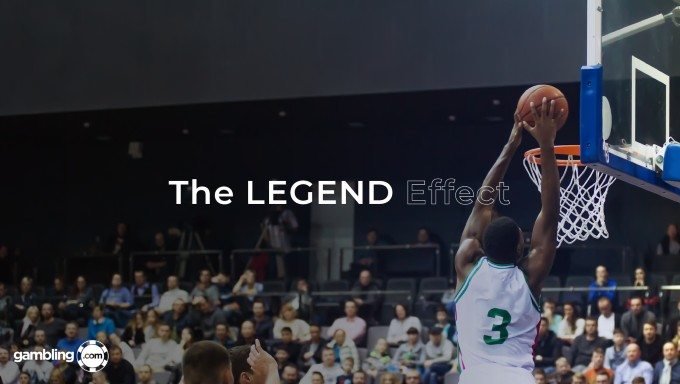 For years sports fans have argued over who is the G.O.A.T. (greatest of all time). The idea of a ‘greatest of all time’ was initially coined by legendary boxer Muhammad Ali, who described himself as such following his victory over George Foreman in 1974. Reserved for only the very best in the sporting world, the title of G.O.A.T. is bestowed upon someone who has consistently performed at the top of their sport – not only during their era but of every era before and after them, too.

In the NFL, for example, Tom Brady has long been considered the G.O.A.T., with a career that has spanned 20 seasons and an astounding seven Super Bowl wins.

Michael Jordan is the obvious choice in basketball, with a record 10 scoring titles and a career average of 30.1 points per game – the best in NBA history.

In baseball, no one surpasses Babe Ruth as the greatest hitter, with 714 home runs spanning his career and a batting average of .342.

While there has been much debate over which superstar athletes deserve G.O.A.T. status in their respective sports, the bigger, more important question is – who is the G.O.A.T. of G.O.A.T.s? The greatest among the greatest? The piste de resistance of the sporting world? To end the long-standing debate, we have taken it upon ourselves to rank the Top 10 G.O.A.T.s from some of the most popular sports in the world.

G.O.A.T.s of every sport have an undeniable impact on their teams, resulting in an inevitable nosedive in their absence.

The extent of this change allowed us to see which legend had the most significant impact on their team’s performance, ultimately revealing who had the biggest “Legend Effect.”

Crowned the G.O.A.Ts of all G.O.A.T.s, you guessed it – Michael Jordan. Few in NBA history can match the accolades, awards and championships Jordan amassed during his days with the Bulls.

So, when Jordan left the Bulls after the 1998 season, his absence took a toll on the franchise. This hurdle proved so challenging to overcome that the team’s average winning percentage dropped by 60.5%.

Perhaps this is unsurprising given that Jordan has long been considered the athlete who set a new standard of excellence and perfection in his craft, and his career stats only further support this. Six NBA Finals appearances, six NBA titles, five MVPs, six Finals MVPs. Can you argue with the fact that Jordan has been named the G.O.A.T. After all, perfection is hard to beat.

Jordan might be considered a better scorer with a more accomplished career in terms of NBA championships. Still, many believe LeBron James is a more well-rounded player, being universally praised for his versatility and ability to make his teammates better.

As a result, his departure from the Cleveland Cavaliers in 2018 was also detrimental to their performance, resulting in another significant average win drop of 36.6%, from 64.23% to just 27.66%.

The Cavaliers had the best record in the league on two occasions. While he might not have won quite as many MVPs as Jordan, he still won an impressive four MVP awards, Rookie of the Year and four NBA championships (two with the Miami Heat, one with Cleveland and one with the Los Angeles Lakers).

Ranked third for the greatest of all time is the 6-foot-9 Magic Johnson – a point forward unlike anything the league had ever seen before. He amazed basketball fans with his high-octane offense, rangy defense and court swagger while leading the Lakers to new heights.

A five-time NBA champion and a three-time NBA MVP, Johnson is unquestionably one of the league’s most accomplished players.

With 909 games played across his career and a total of 17,070 points scored, Magic averaged 19.5 points per game – just 10.6 average points less than Jordan. Who knows? Perhaps if Magic’s career hadn’t been cut short (he came back and played in 32 games in the 1995-96 season), we might have seen him land even higher in our rankings.

Coming in fourth for the greatest players of all time and top outside of the NBA, Peyton Manning was drafted No. 1 overall in the 1998 NFL Draft and lived up to the high expectations.

When the Indianapolis Colts released him after a neck injury in 2010, the team saw an average win drop of 25%.

Is it any surprise that Manning has been ranked as the greatest NFL player of all time and the fourth-ranked G.O.A.T. out of all sports? Not really.

Manning, who won a Super Bowl with the Colts (2007) and another with the Denver Broncos (2016), won the NFL MVP award four times in his career and was selected to the Pro Bowl 14 times in 19 seasons.

When choosing the NFL G.O.A.T, Manning is near the top of the list because of his consistency, accuracy, quick release and longevity.

Sticking with the NFL, Walter Payton ranked fifth in the “Legend Effect” list. Drafted fourth overall out of Jackson State by the Chicago Bears, Payton became known throughout his career as “Sweetness” and would go on to leave an indelible mark on everyone who had the pleasure of watching him.

He was so good that upon leaving the Bears, the team saw a 24.4% drop in their average win rate.

During the last three years with Payton, the Bears experienced an unbelievably good average win rate of 84.86%. That rate dropped to 60.42% soon after his departure.

What made Payton so good? During his best season, Payton rushed for 132.3 yards a game, which ranks as the third-highest single-season total ever.

Equal parts power, speed, and elusiveness, he was known for avoiding running out of bounds. This method of intimidation clearly worked wonders throughout his career, with him being ranked as the fifth G.O.A.T. out of all sports.

Ranking third for the NFL and sixth overall, the original record-writing quarterback of the NFL – Johnny Unitas.

Still considered one of the best pure passers in NFL history, Unitas was a quarterback of the Baltimore Colts, joining the team in 1957.

Upon leaving the Colts, the team saw its average win rate drop by 23.8%. In his final years with the Colts, they enjoyed a win rate of 61.9%. Following his departure, this rate dropped to just 38.09%.

Despite being an old-school player, Unitas maintains his legend status. And for a good reason. From 1956-73, Unitas was the top passer by more than 8,000 yards and a 44-touchdown margin.

The fourth-ranked NFL player and the seventh-ranked G.O.A.T. is Tom Brady. It certainly isn’t an exaggeration to consider Brady among the NFL’s greatest players – indeed, one of the greatest athletes in American sports history.

Nothing reflects this better than the drop in performance by the New England Patriots upon his decision to leave and sign with the Tampa Bay Buccaneers. After Brady left, the Patriots’ average win rate dropped from 75% to 51.29% – a decrease of 23.7%.

Why did Brady’s departure have such an effect? Considered one of the greatest quarterbacks in NFL history, Brady was selected 199 overall by the Patriots in the sixth round of the 2000 NFL Draft.

He spent 20 seasons with the Patriots, where he was the focal point of the franchise’s dynasty from 2001 to 2019. In those 20 seasons, Brady led New England to 17 division titles, nine Super Bowl appearances, 13 AFC Championship Games and six Super Bowl titles, all NFL records for a player and franchise.

Ranked eighth in our list of the greatest of all time, Jerry West became synonymous with exceptional basketball throughout his 14-year career with the Los Angeles Lakers.

With a combination of shameless confidence, excessive perfectionism and an unwavering determination to win, West led the Lakers to the NBA Finals an impressive nine times.

As the third player in history to reach 25,000 points, it’s unsurprising that West made it onto our list of potential G.O.A.T.s.

He was an All-Star every year of his career and left the game holding records for the highest average in a playoff series.

But West’s statistical record only tells half the story. On the court, West was the guy the Lakers turned to for the big basket. He was responsible for perhaps the most famous buzzer-beater of all time: a 60-foot swish that sent Game 3 of the 1970 NBA Finals against the New York Knicks into overtime. He is the only NBA player to win MVP of the Finals with a losing team, in 1969 against the Boston Celtics.

Kevin Garnett was the heart and soul of the Minnesota Timberwolves in his first 12 seasons with the team. Many believe that Garnett’s heart and determination stand out the most and make him worthy of the G.O.A.T. title.

For the decade, Garnett averaged 21.4 points per game, 11.9 rebounds per game, 4.6 assists, 1.36 steals and 1.58 blocks. And, in terms of recognitions and awards, Garnett has plenty – an MVP Award and the Defensive Player of the Year Award. He led the NBA in rebounding twice, come in second three times, and fifth once.

Deion Sanders combined style and substance like no other cornerback ever has. His gift for the extravagant was apparent from his first NFL game, when he returned a punt 68 yards for a touchdown.

With this talent, Sanders took the Dallas Cowboys to an average win rate of 50% during his last three years as part of the team. Upon leaving, this win rate dropped by 19.5% to just 31.25%.

Why does Sanders deserve 10th place on this list? In a career that spanned 14 years, Sanders was on five different NFL teams. During that time, he notched an extensive record of highlight plays, including six touchdowns on punt returns, three touchdowns on kick-off returns and nine on interception returns.

Sanders retired with 53 career interceptions, making him one of the best cornerbacks to lace up the cleats.

NBA, NFL and the Legend Effect

Overall, it’s interesting to see that our list of the top 10 G.O.A.T.s of all time is dominated by the NFL and NBA, with the top three greatest players being basketballers, including Michael Jordan, LeBron James, and Magic Johnson.

Altogether, half of the top G.O.A.T.s are NBA players, while the other half are all NFL players. This suggests that the “Legend Effect” is most prominent among these sports.

and NBA odds for your team.

We based our rankings on which sports legends had the most significant effect after departing their team.

This was determined by obtaining their winning percentages during and after their time at the franchise. These were collected for the last three years of their time with the team, as well as the first three years without them.

We took the average and compared how winning percentages changed as the player left. The higher the number, the greater the “Legend Effect.”

Be first to get our exclusive sports offers!

Join today to stay up to date on your states gambling news and offers.

Thank you for signing up!

Confirm your email address in the email you will receive shortly.