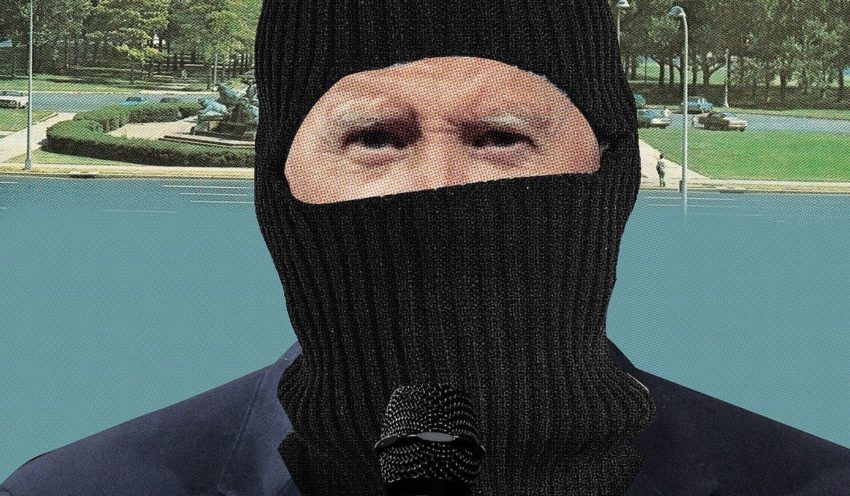 President Biden travels to Philadelphia on Thursday to talk about democracy in America and its problems.

Good for him. All should applaud what is sure to be Mr. Biden’s honest, impartial, and balanced examination of who and what might pose an immediate threat to representative government in the United States. An honest assessment of the current threat will require some soul-searching, and Mr. Biden is at least asking tough questions. These questions include:

Which party allowed proxy voting in Congress? Which party has kept the Capitol effectively closed to the public for the past 17 months?

Which party has made a habit of crushing the spirit of representative government by regularly preventing members of Congress from having access to the text of the law until the time of the vote? Which party reduced Article 1, Section 8 of the Constitution to a single vote on a Consolidated Appropriation Bill—usually after the start of the fiscal year—without discussing or considering a separate amendment in the normal way?

Who decided on their own and almost certainly against the law to shift the obligation to pay off their student loan debt – worth anywhere from $500 billion to $1 trillion, depending on who you believe – from those who took it on taxpayers?

What person and what party turned federal law enforcement, especially the FBI, into a political weapon? Which party allowed or encouraged the abuse of the Foreign Intelligence Surveillance Act process against its political opponents? Which party was forcing the FBI to monitor not only rival campaigns but also the media?

Which party acted as if the major treaties – the Paris Climate Agreement, the Joint Comprehensive Plan of Action, the Iran Nuclear Deal – did not require ratification by the Senate?

What person and what side decided, without taking advantage of a declaration of war, that the US would support combat and special operations against a foreign adversary (Russia)?

Which elected official’s adult son almost certainly broke several laws but was not arrested or charged? What kind of person could or could not receive cash associated with the activities of the same adult offspring? Was there money that changed hands from countries that are enemies of the United States?

Which party celebrated the nationwide riots that caused billions in economic damage and hundreds of deaths? What party and what individual encouraged or allowed numerous cities to endure surges in crime and homelessness? Which administration gave arms to the Mexican drug cartels? Which party advocated cuts in police funding?

Who used hundreds of millions of dollars from foreigners – George Soros, Johann Georg Wyss – to make our country less secure and less prosperous?

Which party consistently tries to minimize the text contained in the first, second, fourth, fifth and tenth amendments to the Constitution?

Which administration argued in court against the release of DOJ affidavits in a daily leak of confidential investigation materials to the media?

Which party violated Congressional protocol by setting up a committee without members elected by a minority (January 6 committee)?

Which party leader set up the server with the intention of shielding his government work from the transparency requirements and FOIA regulations?

Who and what party called their opponents “fascists”? Who said that his political rivals would “chain back” blacks if they were elected? Which party leader admitted he lied about a presidential candidate’s tax returns?

What party has tolerated violence, including firebombing, against its political opponents without ever condemning such violence, let alone focusing law enforcement efforts on such violence?

Who hasn’t given sit-down interviews to the American media for almost seven months?

It would be good and helpful for Mr. Biden to answer all of these questions, especially those relating to his party’s use of federal law enforcement. Shadowboxing was enough. It is time to get serious about identifying the risks facing the nation and its enemies.

In Philadelphia, Mr. Biden will no doubt try to explain why this definition better describes Republicans than Democrats. However, unfortunately, it will fail, because this definition corresponds to the essence and energy of the modern Democratic Party.

• Michael McKenna, columnist for The Washington Times, co-host of The Unregulated podcast. Most recently, he was Deputy Assistant to the President and Deputy Director of the Office of Legislative Affairs at the White House.