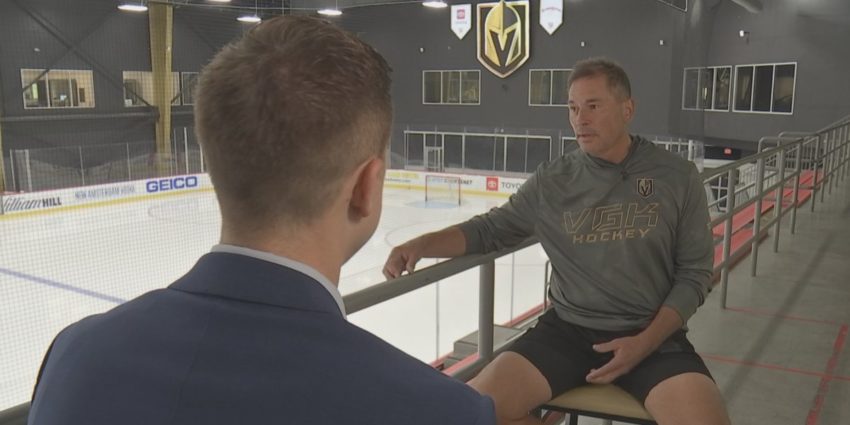 “On the other hand, the positive thing is that you have Logan Thompson, who played really well for the team at the end of the year, and now he has a chance to score a goal earlier,” Cassidy explained. “Brossois, who I spoke to yesterday, he is recovering well from the operation, again a guy who is very motivated to get out of there. Whether he joins us at the end of the year or in two or three weeks, we will see him. Those injuries are healing a bit now, which is good, and with Adin Hill coming in, he’s a guy who has played in the league, he’s had good results, and he has a good opportunity to come and compete with these two. guys. In my opinion, internal competition usually brings the best to your team, or it should. I’m thrilled about it, there’s no definite number one.”

Cassidy told FOX5 that Thompson has the lead at the moment as the number one guy because of his performance late last season and because Brossois is still recovering from off-season hip surgery.

Cassidy went on to say that the battle for a spot in the starting lineup will not, and probably won’t, be over when the puck drops in the first leg.

“I think it’s going to take a while to play out, really,” Cassidy said. “These are three guys who have all played in the league, have been successful, but I think it’s fair to say that none of them have been proven or number one for a long period of time. We’ll let it play out and hopefully A the team checks well in front of them, plays well in front of them so you don’t put all the responsibility on the goalkeeper, that’s the first thing the group should do. take care, no matter who is in the net, we have to make his life easy – I don’t want to say easy because he is paid to stop the puck – but we have to play well in front of him, give us the best chance to win and for them to get comfortable and succeed. That will be a message early on.”

The crease isn’t the only question mark for Bruce Cassidy, as team captain Mark Stone’s status is also in limbo. McCrimmon remains firm in his statement that Stone is “on trend to open the regular season” and Cassidy echoed the same sentiment.

“Mark is on schedule, he’s doing well,” Cassidy said. “When you have the same operation as him, you want to make sure you tick all the boxes for recovery. I know the medical side will be watching very closely, maybe a little more than other injuries, and we will make sure Mark is kept up to date. In the end, he will decide where he is with his recovery, but we expect him to be ready to go, which is great. He’s a big part of the team.”