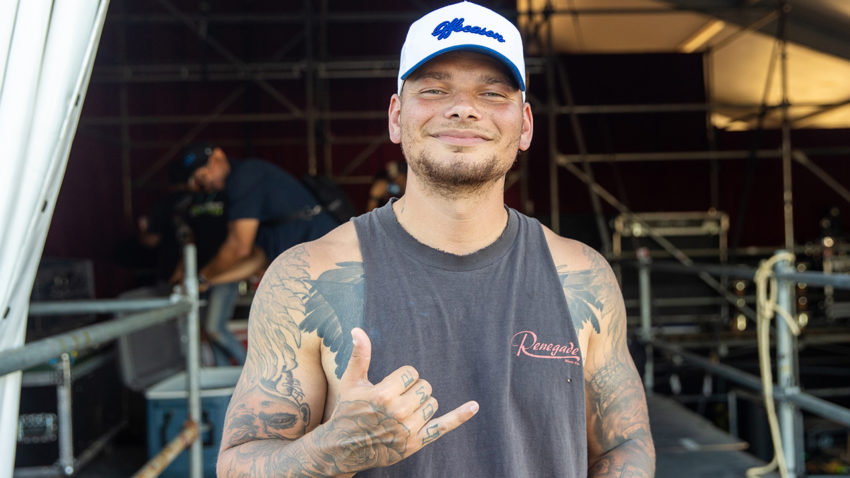 This weekend, Kane Brown will go down in music history as the first country music artist to perform on stage at the MTV VMAs.

As if that wasn’t enough, he also made history as the first performer to incorporate mixed reality elements from the Toyota scene into his performance, promising audiences something completely new and different.

“This is such an iconic show to be a part of and I just feel really honored that they asked me to. I can’t say too much, but I can tell that they can expect it to be something they haven’t seen before. “, he said of his upcoming performance.

Here are a few things you should know about Brown.

Kane Brown was inspired to start a music career after his classmate Lauren Alaina finished second on the tenth season of American Idol and experienced significant career growth.
(Photo by Kevin Mazur/Getty Images for CMT)

Brown was raised by a single mother after his father was jailed in 1996 when he was three years old. His mom often struggled to provide, which often resulted in the two of them moving several times, and sometimes even hiding in their car temporarily.

Music has always been a big part of his life, and after winning a high school talent show in the eleventh grade with a cover of a Chris Young song, Brown got into country music.

After Brown’s classmate Lauren Alaina placed second on season 10 of American Idol and broke into the music industry, Brown decided to use his own singing talents and try to recreate Alaina’s success.

After his attempts to make it big on competitive singing shows proved unsuccessful, Kane Brown decided to gain attention by posting covers on his social media accounts.
(Photo by Jason Kempin/Getty Images)

Unfortunately for Brown, his attempts to succeed in a singing competition did not go as well as his friend Alaina’s. He failed the American Idol audition and decided to withdraw from The X Factor when he was told that the judges wanted to put him in a boy band rather than perform solo. .

It was then that he decided to gain popularity by posting covers of popular country songs on Facebook. These covers quickly gained millions of views, with George Strait’s “Check Yes or No” becoming one of the most popular.

After a teaser for one of his original songs reached over 11 million views in two weeks, Brown released a six-song EP titled “Closer” in June 2015. The success of this EP caught the attention of Sony Music Records, whom he signed to in January 2016 under the RCA Nashville label.

His first EP, released under his new label “Chapter 1”, debuted at number 9 on the US Billboard 200 and number three on the Top Country Albums chart.

His successful EP was followed by his ultra-successful self-titled debut album in December 2016. The album became the most successful country music debut since 2014, when Sam Hunt released “Montevallo”.

“I’m so grateful to all the fans, as well as Dann Huff, Matt McVaney and the songwriters who helped me tell my story to the world through this album,” Brown said in a press release at the time. “Country Album #1 is a dream come true made possible by the hard work of everyone involved.”

Kane Brown hasn’t slowed down since breaking into the industry with his second album and third EP.
(Photo by Kevin Winter/Getty Images for ACM)

Brown released his second album “Experiment” in 2018. The album became Brown’s first album to reach number one on the Billboard 200 albums chart.

Over the next year, Brown collaborated with a number of artists, including Khalid, Becky G, Marshmello, and Camille Cabello, making a name for himself in the popular pop music scene as well.

He has since released another EP and started his own label, where he has been releasing singles ever since.

Kane Brown married his wife Caitlin Jay in 2018 and the couple now have two daughters.
(Photo by Jason Kempin/Getty Images for CMT)

Brown married his wife Caitlin Jay in 2018 in a ceremony in Nolensville, Tennessee.

The couple announced the birth of their first child, a daughter named Kingsley, in October 2019 and their second child, another daughter named Cody, in December 2021.