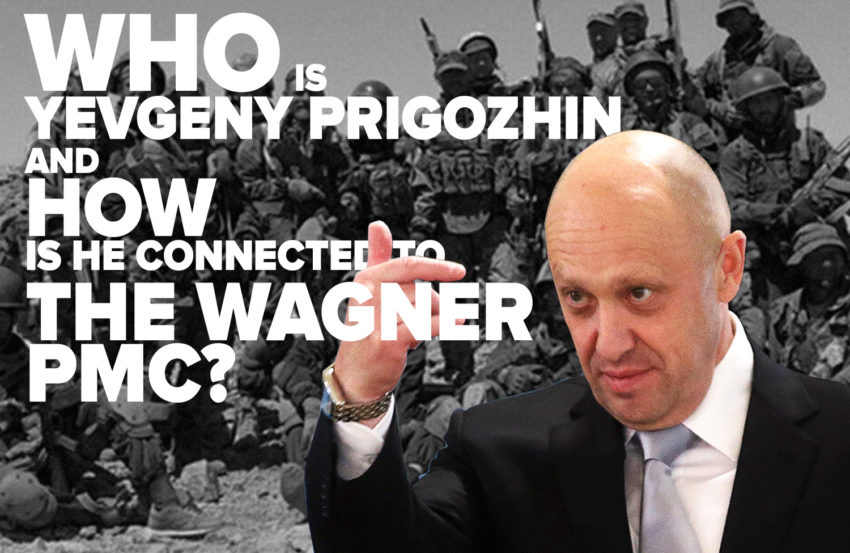 Evgeny Prigozhin was born on June 1, 1961 in Leningrad (now St. Petersburg). By the age of 20, he had already spent nine years in a strict regime colony. In 1981, he was sentenced to 12 years in prison under the articles of the Criminal Code for robbery, fraud and organizing prostitution.

However, in 1990, Prigozhin set up a chain selling hot dogs in Leningrad, where Vladimir Putin is from. And since 1995, he has opened several shops and restaurants in St. Petersburg. The Novy Ostrov restaurant, which he opened in 1998, brought Yevgeny popularity and financial success. This undertaking brought him considerable popularity among the Russian political elite. Putin often visited there, so Prigozhin began to be called “Putin’s cook.”

Prigogine also founded a troll factory. The use of trolls to spread Russian propaganda on social networks has become one of the components of Russia’s large-scale information war against Ukraine.

In addition, in 2013 it became known about the existence of a certain “Internet Research Agency”, which was financed by Prigozhin’s business structures.

Agency employees wrote pro-Putin articles and comments on the Internet, actively discredited the Russian political opposition. Back in 2014, the “Prigozhin troll factory” was accused of direct informational interference in the US presidential election process.

Subsequently, in February 2018, the U.S. District Court for the District of Columbia issued an arrest warrant for Prigozhin. And in the summer of 2020, the FBI put Prigozhin on the wanted list. And in February 2021, the FBI offered a $250,000 reward for information leading to his arrest.

In addition, according to RosBusinessConsulting, Prigozhin may be behind the creation and financing of one of the largest media holdings in Russia, the largest project of which is the Media Factory. He has also been involved in construction projects since the 2000s and owns the construction company Concorde.

Due to the role of Prigozhin in undermining the territorial integrity of Ukraine, the EU imposed personal sanctions against him on April 21, 2022.

Father of the shadow army of the Russian Federation – PMC “Wagner”

In fact, Prigozhin is connected to Dmitry Utkin, the commander of the Wagner private military company (PMC). The head of the security service of one of Prigozhin’s companies turned out to be from Utkin’s entourage.

“The mercenary is the cheapest soldier. If he is killed or maimed, the state does not bear any financial, moral or legal responsibility for him. This is the cheapest consumable material that can be,” Mikhail Makaruk, a representative of the international intelligence community Informnapalm, said in an interview with the Khroshi TV channel on 1 + 1 on May 18, 2022.

PMC Wagner is actively involved in all military conflicts on the side of Russia’s interests: Syria, Sudan, Libya, Ukraine, etc. She gained fame for participating in the war in Donbass and Syria. The company also searches for minerals and streams. Moreover, the sale of African diamonds also finances Russia’s war against Ukraine.

The Security Service of Ukraine has identified more than 2,000 names of Wagnerites who have participated in the war in eastern Ukraine since 2014. The information also emphasizes that it was these mercenaries who shot down the Il-76 aircraft of the Ukrainian Air Force shot down in Luhansk. in 2014, and these mercenaries were directly involved in the battles for Debaltseve, etc.

Who are the Wagner members and what tasks do they perform?

A distinctive feature of Russian servicemen are numerous crimes against humanity. For example, on their chevrons you can see slogans like “Our business is death, and things are going well.” In support of this image, the Wagnerites behave extremely cruelly towards the population, using psychological and physical violence, carrying out demonstrative executions and torture. Thus, the main goal of the Wagnerites is to terrorize the civilian population. Thanks to Wagner, Russia absolves itself of all war crimes.

At present, all those who wish, including prisoners, are being recruited all over the world to participate in the war against Ukraine.

“If you don’t travel – no problem, if you don’t have a passport – no problem, if you have health problems – no problem, restrictions are only for cancer, AIDS, HIV and, if I’m not mistaken, hepatitis C. For such Dozens or even hundreds of ads respond. Moreover, such a candidate may not have combat experience at all, ”said Russian journalist Ilya Rozhdestvensky in an interview with Khroshi 1 + 1 on May 18.

Mercenaries are motivated to work for 200,000 rubles a month, which is about $3,200, as well as additional bonuses. They are also given all the necessary weapons and equipment, including aircraft. On June 21, the Ukrainian TV channel Espreso published an interrogation of a mercenary pilot from the PMC Wagner. In it, he admitted that he and other mercenaries were flying Russian fighter jets worth more than $10 million, and not full-time pilots of the Russian armed forces.

However, the merit of mercenaries on the battlefield in Ukraine is not so much, because they usually appear, so to speak, at the finish line. At the very last moment, capture the “success” for the report and demonstrate its strength, which will justify the declared potential of the “Wagner brand”. However, they became victims of their own PR campaign. The base in Popasna, Lugansk region, near which the mercenaries were photographed and which was published on social networks, was destroyed by the Armed Forces of Ukraine.

How is Prigozhin trying to prove his own importance to Putin?

Prigozhin is currently actively demonstrating to Putin that he can be relied upon and that he is an important figure. He personally travels to war zones and recruits new mercenaries.

And on June 25, Putin secretly awarded Prigogine the title of Hero of Russia. However, the Kremlin did not confirm or deny this information.

Already on August 14, 2022, after the shelling of the PMC base in Popasna, there were unconfirmed reports that Prigozhin was wounded.

Prigozhin needs to regain Putin’s trust in connection with the fact that on February 7, 2018, Russian mercenaries trying to seize an oil field near the settlement of Hisham in Syria were subjected to an airstrike by an international coalition led by the United States. As a result, the attackers were defeated and, according to various sources, from several dozen to several hundred people died, including Russian citizens who fought for the Wagner PMC. It is reported by The Washington Post on February 22, 2018.

The Kremlin did not like this, so Prigozhin faded into the background. After all, it was Prigozhin who took part in planning the attack of Russian mercenaries fighting on the side of the regime of Syrian President Bashar al-Assad against the Syrian Democratic Forces, allies of the international coalition led by the United States that day, Radio Liberty reported. February 23, 2018