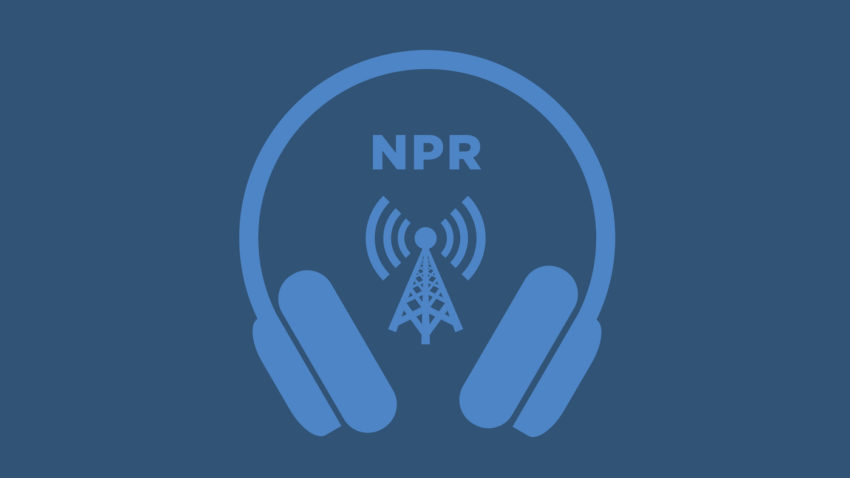 (SOUND FROM THE SONG “WILL OF THE PEOPLE”)

The muse speaks out, calling for revolution.

(SOUND FROM THE SONG “WILL OF THE PEOPLE”)

SIMON: The Grammy Award winning band just released their ninth studio album. It’s called “Will Of The People” and is an unblinking look at our world through shades of glam rock, electro pop and industrial metal. Matthew Bellamy, Muse frontman, joined us from Los Angeles. Thank you very much for being with us.

SIMON: It’s been four years since you released your last album. What prompted you to do this now?

BELLAMY: Well, in 2019 we wrapped up a pretty exhausting, long world tour we did and decided to take a break because I had a baby in 2020. And we all know what happened in 2020. So the desire to create and sort of the inspiration for the record is what pushed it forward a bit. So we really started to record under the influence of obviously big changes that we were seeing in the world at the time.

SIMON: Well, tell me about it, about how what you’ve seen in the world informs, inspires, guides the music you have here.

BELLAMY: Yes, I mean, but it’s really way back in terms of the Internet becoming a mainstream thing in the early 2000s. I mean, I remember how people started to have some kind of distrust towards, let’s say, those in power, you know, I also call it (ph), like, this populism, which was kind of, you know, growing, particularly throughout the Western world. And then seeing as it’s become kind of a climax in the last few years or so, I think that’s definitely been one of the influences. On top of that, we had the whole Trump situation leading up to the Capitol riots and so on – quite unusual, living in a time period where a lot of dystopian stuff seemed to play out in real time.

MUSE: (singing) Silence. You will silence us. You stole the ether, but the ether belongs to us.

SIMON: The song “Liberation” – I think I could ask you about each of these lines. But let me assume that you stole the ether, but the ether belongs to us.

BELLAMY: Yes. So for me, for example, what changed in the 2010s, especially in the second half of that decade, is that we had to endure this period where social networks got to the point where they just took over everything. You know, every piece of news seemed to be, like, someone tweeted it, someone tweeted some sort of controversial stuff that is kind of a nudge algorithm to get a reaction.

BELLAMY: Also, there are parts of this song that are influenced by the Black Lives Matter protests and the anger and frustration of people who feel like they’re not being heard.

BELLAMY: I think it’s a song for the unheard. You know, this is a song for all the people who feel like their point of view will never be heard, that their frustrations will never be put to rest. And then there are these crazy elites with millions and millions of followers who just dominate the airwaves, dominate the news. The song, it’s sort of – it’s almost a fantasy about a fictional post-revolutionary period when democracy was a little more accessible and we reconfigured how to keep power under control.

SIMON: Let me ask you about some of the musical influences on this spooky techno-pop song “You Make Me Feel Like It’s Halloween”. Let’s listen.

(SOUND FROM “YOU MAKE ME FEEL HALLOWEEN”)

SIMON: I couldn’t even think of a second one.

BELLAMY: I know, yes. It’s like so many artists singing Christmas songs, but I thought it wasn’t exactly Muse, you know? So why not – we will perform a song on Halloween. So that’s another reason why we’re on this path; it seems a little creepier and creepier. And, you know, we grew up as kids in the 80s. And I like, you know, 80s horror movies. For example, I remember, you know, Stephen King films.

(SOUND FROM THE FILM “CUJO”)

BELLAMY: Yes, some of these things I think clearly influenced me when I was a kid. So when you get nine albums, you can’t help but want to look around a bit and look at other sounds in other genres and things.

SIMON: I understand you’re going back on tour.

BELLAMY: Yes, yes. In October we do some small concerts. And then it helps us in some way to inform us that next year we can organize our larger tour. We really, really want to experience that feeling again, you know? And to see the crowd jumping up and down and cheering, and we’re in the crowd, watching a great concert or being on stage and seeing the whole crowd having a great time, you know, it’s euphoric for me.

(SOUND OF THE SONG “EUPHORIA”)

SIMON: When people listen to “Will Of The People” is it okay if they just say, well, is this a good album? Or do you want to, I don’t know, make them stand up and do something?

BELLAMY: So I think if some people just listen to it just as fun music and don’t even bother with the lyrical elements, for example, I think I’m totally happy with that. But in general, if I had to feel – well, to put together something like what I want Muse to do for people who are deeply into music – there is a part of the power inside each of us. that can actually help you get through the toughest, toughest times, you know? A lot of Muse’s songs kind of relate to that and I’m probably just referring to it for myself and then sharing it with others and hope it can help people feel like you’re not alone with some of these thoughts, you know what might be bothering you.

(SOUND OF THE SONG “REBELLION”)

MUSE: (singing) It’s not over yet. I won’t leave you in the dark because I need you so much.

SIMON: Matthew Bellamy, Muse frontman, their new album “Will Of The People” is out now. Thank you very much for being with us.

BELLAMY: Thanks for inviting me.

(SOUND OF THE SONG “REBELLION”)

MUSE: (singing) Can we kiss, the infection is on our…

Copyright © 2022 NPR. All rights reserved. Please visit the Terms of Use and Permissions pages of our website at www.npr.org for more information.

NPR transcripts are produced on a tight schedule by an NPR contractor. This text may not be in its final form and may be updated or revised in the future. Accuracy and availability may vary. The official recording of NPR programs is an audio recording.