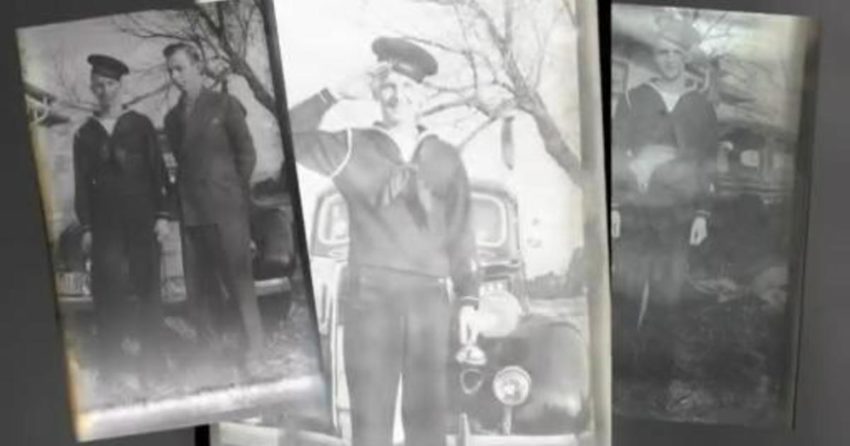 CHICAGO (CBS) — A photographer from Chicago goes on a mission after he stumbles upon impressive photos from the past.

Stephen Graves of CBS 2 revealed on Tuesday that the photographer hopes to reunite the family that lost them through photographs.

Looking at life through a prism is how photographer Keith Yerman looks at the world.

Yerman realized that no matter how old the camera is, perhaps there is a new point of view that can be developed. How to take a photo with him?

Last month, he picked up a collection camera after spotting it in Chicago’s Maxwell Street Market and later discovering something rare inside: old film. Intact.

“A few weeks later I was in for a pleasant surprise,” he said.

A photo developer in New York processed the film.

They were colorless, grainy photographs with a clear look into the past.

“She said it was like World War II,” Yerman said.

The photographs show a US Navy sailor raising his hand in salute and smiling from ear to ear as he stands next to a man in one shot.

“He seems so happy,” Yeraman said.

Yerman had the feeling that these photographs were special.

“They went through a real hell during World War II, so such a happy moment is breathtaking,” Yerman said.

Thus began the mission to find the sailor or his family. Was the Minnesota license plate, 281-856, a possible lead? Nothing came of it when Yerman called the record keepers.

“The license plate is kind of a dead end,” Yerman said.

He then turned to Honor Flight Chicago for help, asking social media sleuths to band together and putting effort into a possible reunion. It was worth every second for Yerman, who thinks about black and white photos of his family.

A look into the past, giving an opportunity to honor the memory of a veteran. Godman got the photos about a week ago. Since then, he has been looking for the sailor or his family.

If you can help, here is Yearman’s email: [email protected]

Stephen Graves is a multimedia reporter for CBS2 Chicago who joined the team in September 2019.